Gautschfest 2017 – things are about to get soggy!

The final examinations have been sat and the lessons are over. The sun is blazing down and the holidays are just around the corner: it’s Gautschen time again. All alumni of the final examination in Printing and Media Technology are invited to the Gautschfest. In other words, all the printers and media designers. While I was already able to celebrate my early graduation in January, it was time for me to take the final step towards becoming a member of Johannes Gutenberg’s Guild and a practitioner of the “black arts”.

But what might that be? What does it involve? Why does it even happen? I’ve heard these questions more than once over the past few days, so I’ll shed a little light on the matter!

The Gautschfest? What on earth is that?

The term Gautschen originates from the terminology of paper manufacturing. It describes the first draining step after creating the paper, whereby the fresh sheet of paper is removed from a strainer and placed on a felt underlay to dry. In a figurative sense, it thus refers to the creation of apprentices who have taken the first step to become fellows in the “black arts” (an antiquated term for printing).

The act of Gautschen itself is an old printers’ tradition that dates from the 15th or 16th century. The Gautschfest is an absolution ceremony for the apprentices who have passed the final examination.
In short, those who undergo the ceremony are cleansed of the sins they have committed as apprentices and baptised as disciples of Johannes Gutenberg, the inventor of the moveable-type printing press.

What exactly does it involve?

The tradition of Gautschen is a little different wherever you go. The ceremonies all have one thing in common, however: things get wet! And not just slightly damp, either. I’ll give a brief description of how the Gautschfest unfolds at the August-Bebel Vocational College.

We gathered in the college garden this year, blessed by the best possible weather. The vat was set up and filled to the brim, the beer had been chilled and the coals were hot on the barbecue. At 2 pm, things started to get going. The Gautschmeister (master of ceremonies), the Schwammhalter (sponge holder – or in our case, the bucket holder) and the Packer (grabbers) all stepped forward. After honouring the best graduates and a few words of introduction, we got straight to business.

The Gautschmeister read out the following words:

Grab hold! Let his “Corpus Posteriorum” fall on this wet sponge until both of his bales are sodden. Give the thirsty soul a shower from above, for that is a baptism befitting of a son of Gutenberg.

Another cry of Pakkt an! and the first willing Gautschling had to step forward.
You first have to sit down on a wet sponge. Before you have a chance to even think about just how disgusting that actually is, you’re slapped in the face by a bucketful of water. And while you’re still trying to process this shock to the system, you’re grabbed by the arms and legs and dunked deep into the vat of water. After a few short minutes, the ordeal is over and the next candidate is called forward.

Afterwards, all of the baptised printers stand in a semicircle and receive their diploma and letter of Gautschen once they have sworn an oath to make no more mistakes from that point on.

Why go to all that trouble?

It is an ancient tradition to be cleansed of the sins that you’ve committed during your time as an apprentice. It is unique to printers and media designers and I have to say that I am proud to have been able to take part in this tradition. And – most importantly – it’s great fun! After all alumni had been dunked, it was the turn of the tutors and instructors. This meant we were able to give as good as we got.

With some beer and bratwurst, we were then able to celebrate in style with our tutors, family and friends. I’m already looking forward to next year, when the next round of apprentices follows in Gutenberg’s footsteps to a cry of “Pakkt an!” 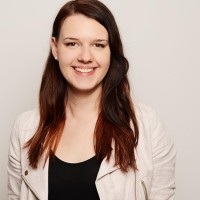