Studying in Durham – Our term abroad

In the course of our studies at Herth+Buss, we and two fellow students at the Rhein-Main University of Cooperative Education had the opportunity to spend a term abroad. We went to Durham in North East England, between March and May. “We” are Laura (22) and Alexander (22). Two students on cooperative degree courses in our final year of training at Herth+Buss.

Alongside the content of the course at New College in Durham, it was very important for us to immerse ourselves in English culture and get to know the people in England better. We were particularly taken with how open people were. They were very friendly, receptive and always ready to help in day-to-day situations.
The high number of international students at the college meant that many classmates in our module came from other European countries, such as Spain, Ireland and Belgium. They also lived very close by that allowed us to spend many evenings together.

We had already set one objective before we even left Germany. We wanted to explore the region and gather as many different impressions as possible. Above all, the student city of Durham invites visitors to linger awhile in its abundance of bars and pubs in the historic centre. Alongside a number of excursions to destinations such as Holy Island, the Lake District and Leeds, we used our Easter break to go backpacking around Scotland. One highlight was the trip to the coastal village of Alnmouth. And nearby Alnwick Castle, one of the locations used for the Harry Potter films.

Yet larger cities such as Newcastle and York had their own special flair as well. Another experience that stood out was Newcastle’s football culture, which quickly casts a spell on visitors. Although the team was relegated from the Premier League last season, the “Toon” were able to get promoted again this year at the first time of asking!

A worthwhile experience in Durham

The two months we spent in England were a very worthwhile and enjoyable experience. Not least because the weather was surprisingly good in spite of the usual clichés! We quickly got used to the odd light shower without letting it spoil our enjoyment of the lush, green landscape. We gained a lot of valuable new experience. Also we are glad that we had the chance to sample another culture for three months. Our time abroad also gave us a great deal of new knowledge. That will be of use in our degree course with its focus on foreign trade. 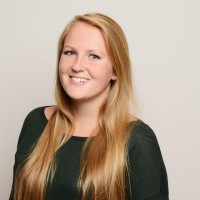 Hi, my name is Laura and I’ve been working at Herth+Buss since 2014. After my school leaver’s exams, I decided to start studying for a Bachelor’s degree in Internat ...