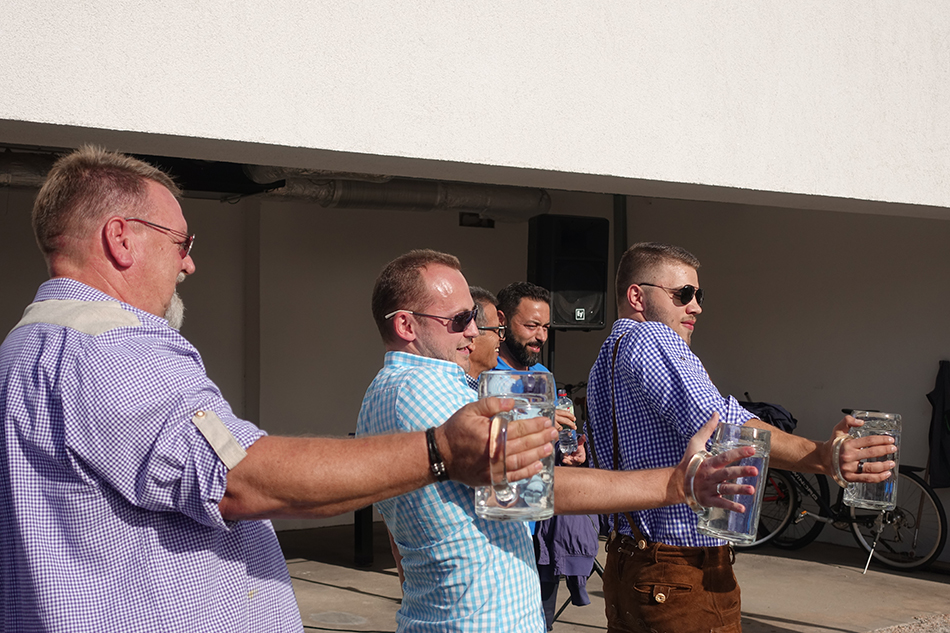 "Dear colleagues,
You are cordially invited to the company party 2018."

Hopefully, the invitation alone was enough to make all invitees look forward to this year’s event. This time around, it coincided with the grand opening of the new warehouse building. Our new manual warehouse boasts storage space for 30,000 boxes or 6,000 pallets.

A classic topping-out ceremony was held for the grand opening, with a short speech and a nail-driving contest between our two Managing Directors – just to test the echo in the new warehouse. Inside, it seems vast. The 10-ton narrow-aisle forklift trucks are just as impressive – if not more so. 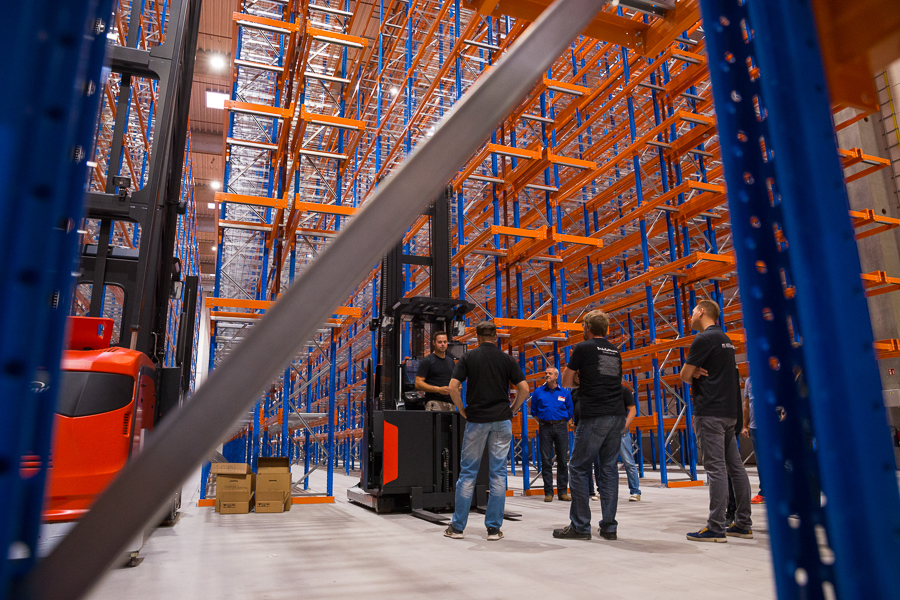 The company party was opened with a short tour through the new hall.

But back to the company party:

Year after year, the lucky organisers are left scratching their heads and trying to come up with a new theme. We didn’t want to roll out the really big guns, what with the upcoming Automechanika and the late date at the start of September, but we felt it ought to be a “Gaudi” nonetheless: that is to say, a proper, old-fashioned Bavarian knees-up – and we haven’t had one of those in a while!

No sooner said than done. After the topping-out ceremony, the beer barrel was tapped, and the real fun could begin. While it’s true that the tap broke off, such a beer shower is considered an honour!

Now it could really start!

The festivities continued with feasting and a few games. These included beer-mug sliding, a milking competition, the high striker, hat throwing, log sawing and more. These all proved trickier than at first glance, whether sliding beer mugs with pinpoint accuracy, frantically milking against the clock or exercising the perfect hammer technique on the high striker.

As the crowning glory of the group games, participants competed to lift two-pint beer mugs. Here, the boys enjoyed showing that they had brawn as well as brains.

Naturally, the victors in the group games were honoured, with first to third place receiving either a beer boot, a tall “Weizen” glass or a two-pint “Maß” mug. There was a free evening event with music to round off a great day. Visitors certainly didn’t go hungry, and nobody seemed to mind that the event overran its scheduled end time. The main thing was that everyone had fun! If our colleagues are still talking about it two weeks on, then that’s something for the Product Management Department to be very pleased about as this year’s organiser. On that note, we’d like to extend our thanks to the host: cheers!

You can find a review of one of our earlier company parties here! 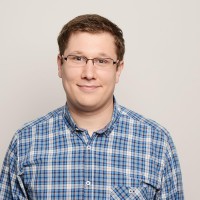