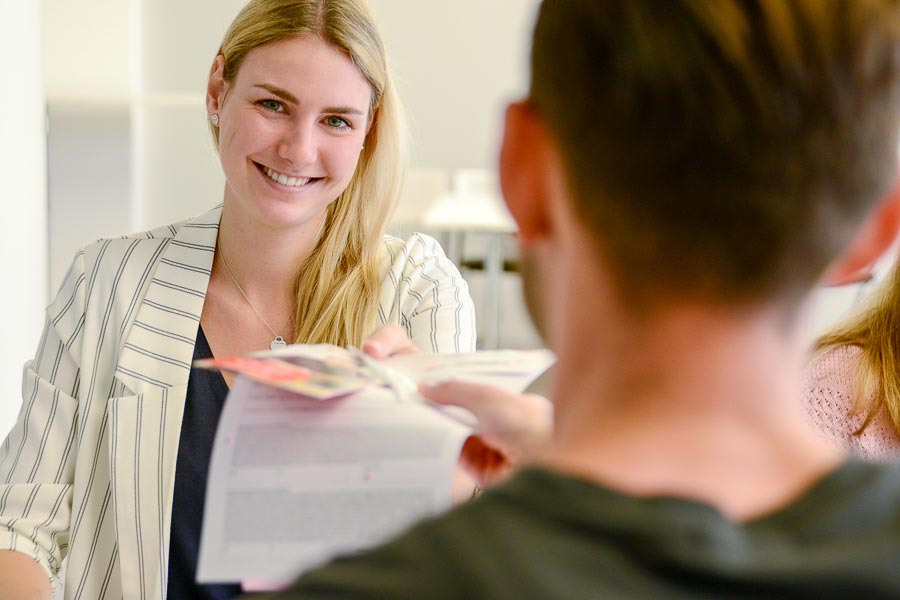 “Every 15 minutes, somebody in Germany receives the shattering news that they have been diagnosed with blood cancer. Many patients are children and young people whose only chance of recovery is a stem-cell donation. However, one in ten patients does not find a donor.” (Quelle: DKMS)

What exactly is the DKMS?

DKMS stands for “Deutsche Knochenmarkspenderdatei” (German Bone-Marrow Donor Database). The DKMS is an organisation founded in 1991 with the aim of finding as many stem-cell donors as possible so that every blood-cancer patient might find a matching donor.

Everyone in Germany has surely seen the advert with the young boy clutching his cuddly toy and talking about having a second chance at life. And about how he overcame blood cancer thanks to a stem-cell donation.

A colleague of mine, Patrick Grebner, gave me the idea of holding a registration drive at our company. Without delay, I got in touch with the DKMS. I filled out an enquiry form on their website and got a reply just a few days later. I then got to planning the registration drive together with a very nice lady from the DKMS. It’s really very simple: I informed the DKMS about the number of employees we have, and the organisation then sent me a ready-made flyer to distribute through the Intranet or put up on the notice board. In addition, the DKMS sent me the necessary accessories such as swabs, envelopes, consent forms and a wealth of informative material.

On 26 September 2018, the time had come: we held the registration drive in one of our training rooms. Two colleagues and an intern helped me to set up our “stations” at 8 o’clock in the morning.

At the first station, those interested in participating were asked questions on the exclusion criteria before being given a consent form and an informative brochure.
At the second station, the procedure for using the swabs was described in more detail. Each person received three pre-packaged swabs. In turn, each swab was required to be moved around the inside of the cheek for a minute in order to take a sample. 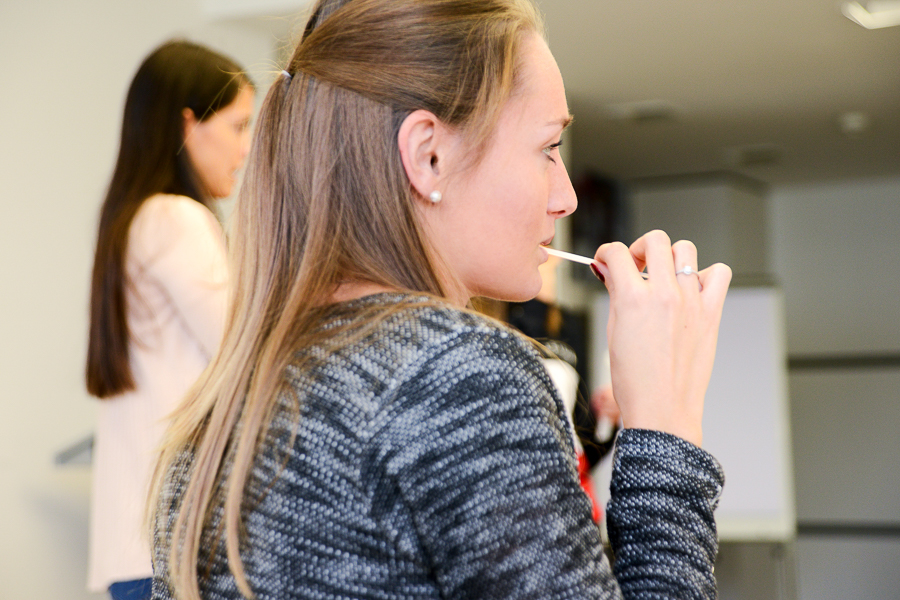 Taking a simple swab from the inside of your cheek can save someone else’s life.

After all three swabs had been in the mouth of the respective participant, they needed to dry for two more minutes. This left ample time for the consent forms to be filled out in between. The forms asked for contact details, among other things. At the final station, the consent forms were checked for completeness and filed away, while the swabs were packaged in the envelopes.

According to the DKMS, experience has shown that around 10-15% of all employees at a company will take part in a registration drive such as this one. We had achieved a very pleasing turnout of 21% before the morning was through. I would call that a resounding success! 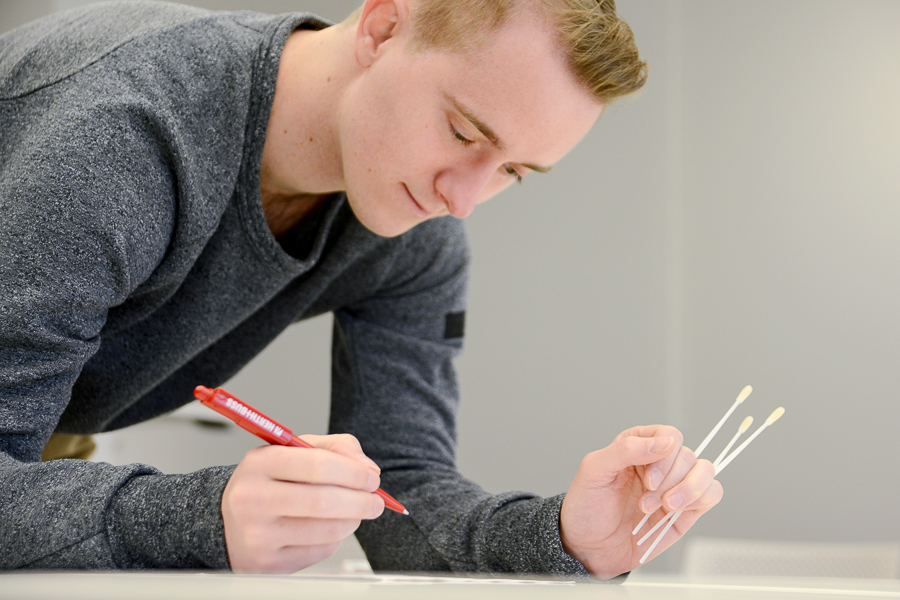 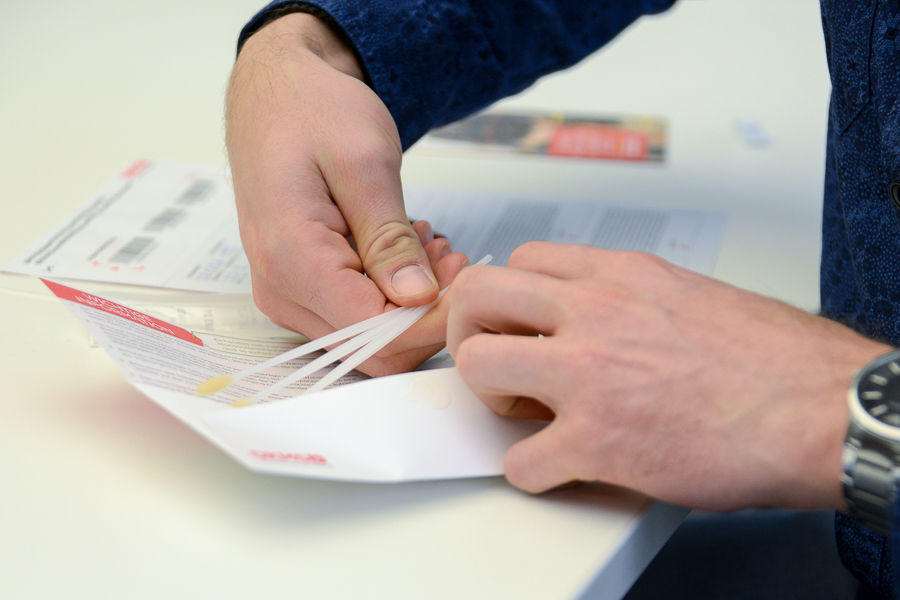 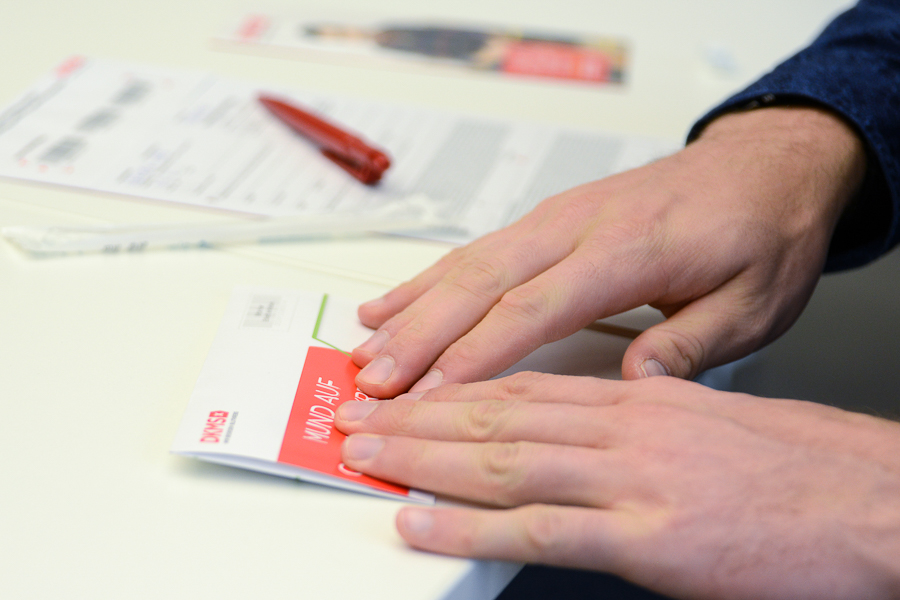 The signed declaration forms and envelopes containing the swabs were subsequently packaged and posted to the responsible DKMS department. There, the swabs will first be analysed in a laboratory. This can take up to 6 weeks, or even longer. Depending on how many samples the DKMS has to deal with, the registered persons will receive a donor card after three to six months.

If the tissue characteristics match those of the respective patient, the match is tested again by taking a blood sample, and further blood values are identified. After a health check, clarification by a doctor and final permission from the donor, the donation of stem cells can finally begin. In 80% of cases, the stem cells are removed from the bloodstream “peripherally”. In this case, the stimulating factor G-CSF is administered to the donor. After this, blood plasma is taken from them. In 20% of cases, bone marrow is removed. In this situation, bone marrow is extracted from the donor’s iliac crest under general anaesthetic. The stem cells are then transplanted into the patient. These implant themselves in the bone cavities, where they begin to form new, healthy blood cells.

As you can see, it’s not difficult to do a good thing – and maybe even save other people’s lives while doing so. Find out more from the DKMS and become a donor too! 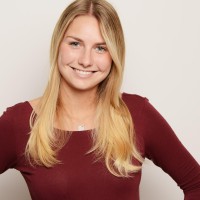 Hey, my name’s Anja. I started my cooperative degree at Herth+Buss in 2013 and graduated in 2016 with a Bachelor of Arts in Business Administration. Since then, I’ve ...