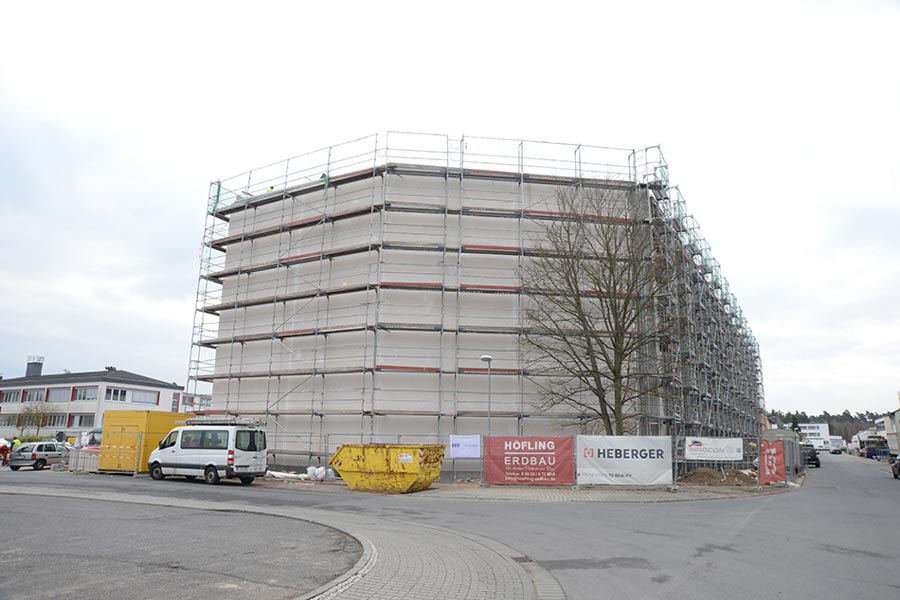 Four storeys tall and half the size of a football pitch. With an area of 1760 m² and a ceiling height of 16.5 metres, our warehouse extension will create more space, capacity and even more efficient storage for all of our products at the same time.

It’s been full steam ahead since February. We’ve received planning permission and simultaneous approval from the test engineer to construct our new warehouse! This poses a real challenge – not just for our logistics, but rather the company as a whole. 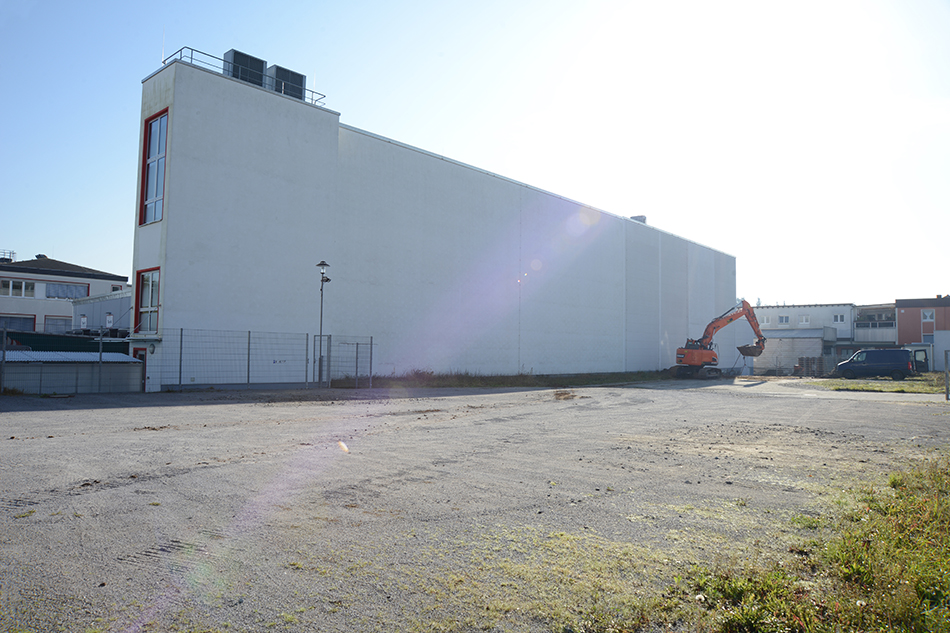 Our parking lot before the reconstruction.

After several months of planning, it was finally time to get cracking. However, normal operations couldn’t be interfered with while this was going on in the background. First of all, foundations had to be dug. To do this, some seriously heavy-duty equipment rolled in to completely break up what used to be the staff car park.

Little by little, the car park was transformed into a giant sand pit, while more construction vehicles joined the ranks every day. 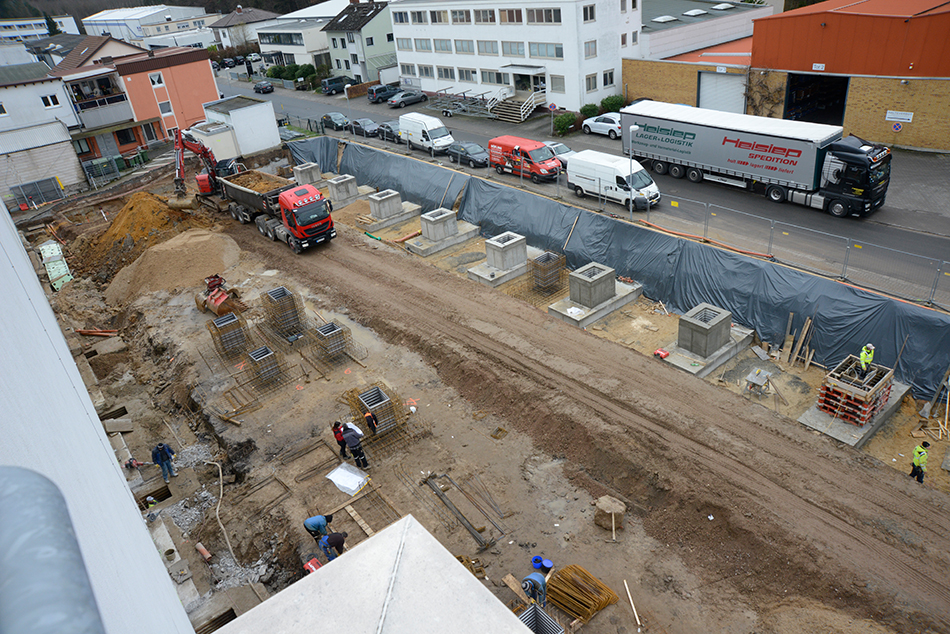 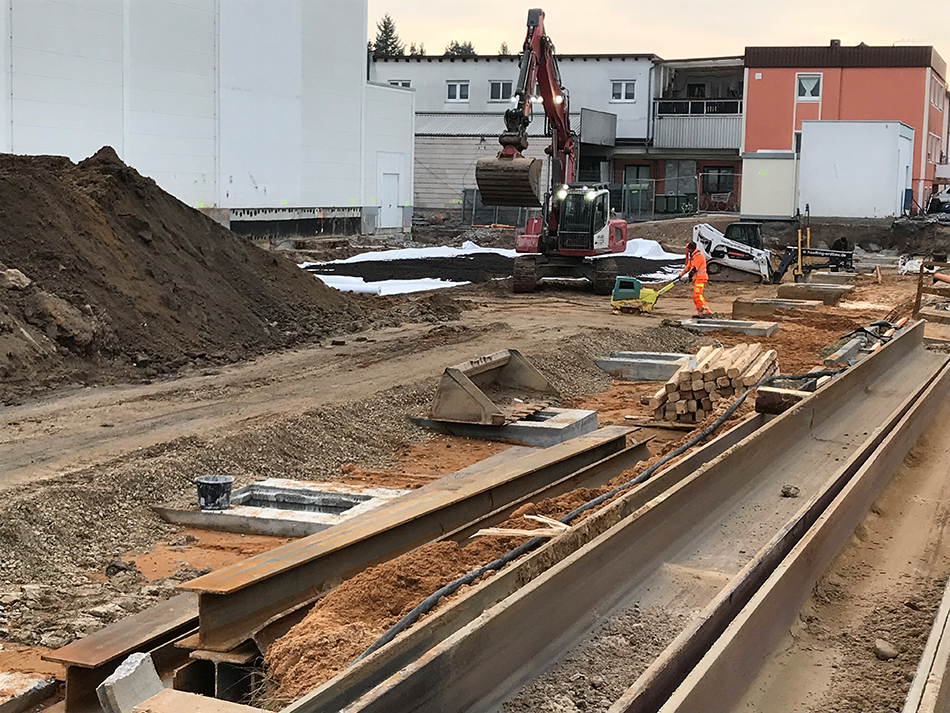 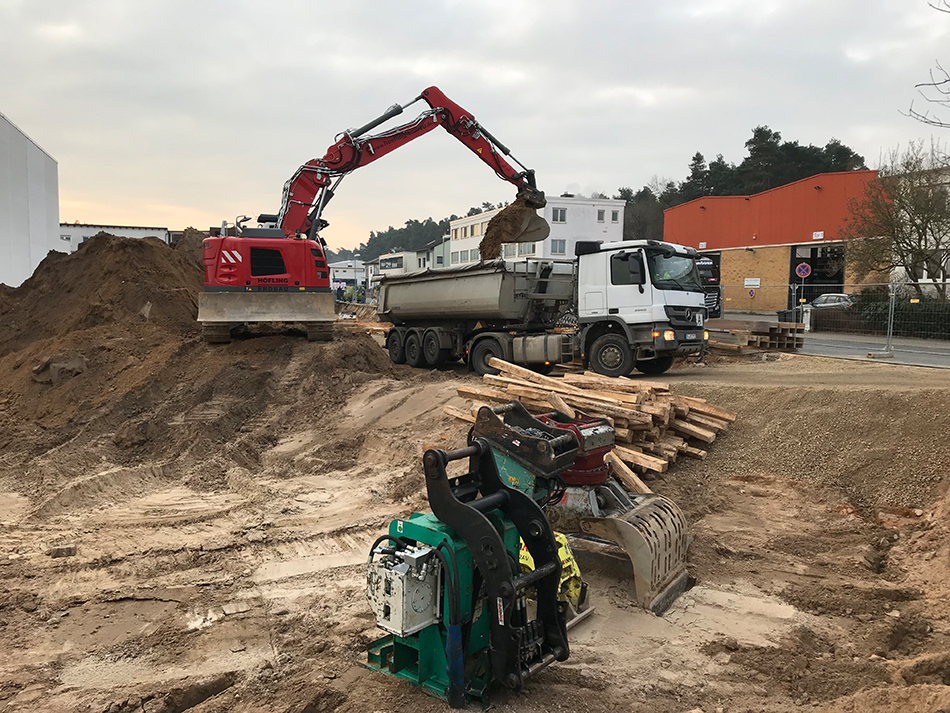 In no time at all, the foundations were laid for the new home of thousands of products. Before we knew it, construction began on the basic structure for the warehouse extension. Many massive, metre-tall concrete columns were delivered and moved into position in one fell swoop. What might appear to the layman like a risky game of giant building blocks poses no problem for the professionals, for whom this is everyday stuff. As you might therefore expect, the columns were standing upright in the blink of an eye.

Bit by bit, work continued. Over time, the pieces of the puzzle were connected to form something bigger still. Just like a modular system, all of the parts were joined together, meaning that we could now fully appreciate the gigantic scale of the new build! 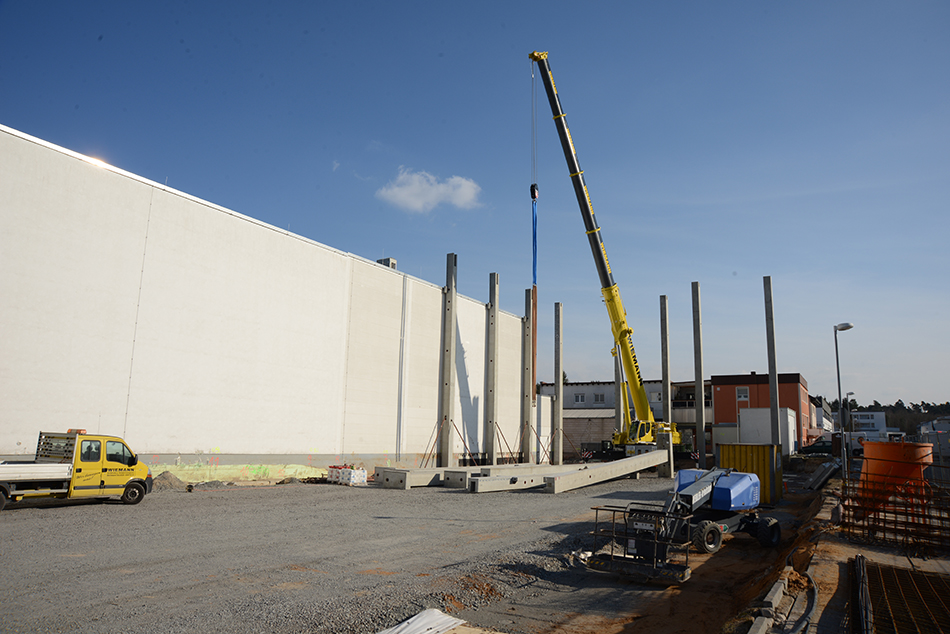 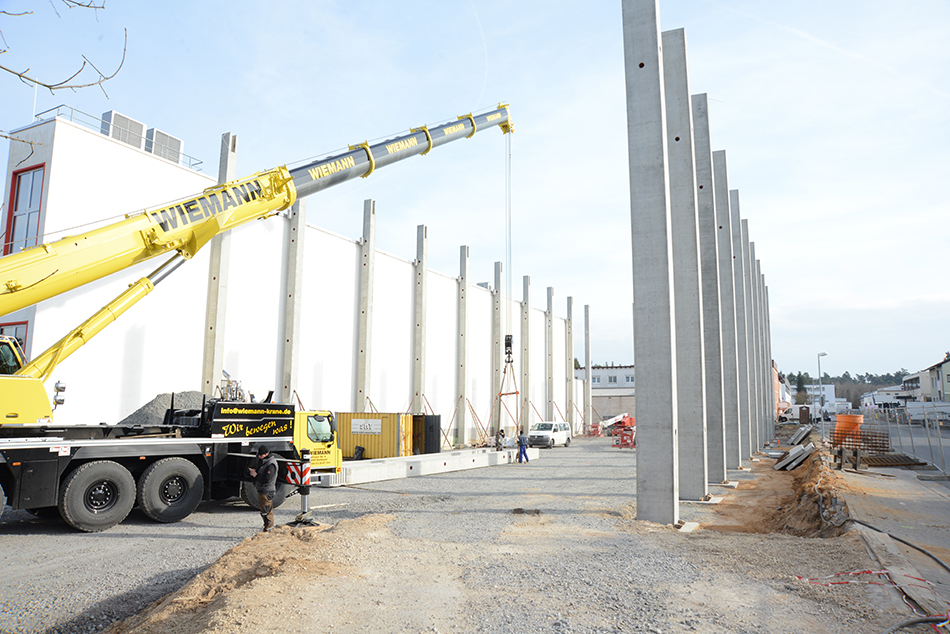 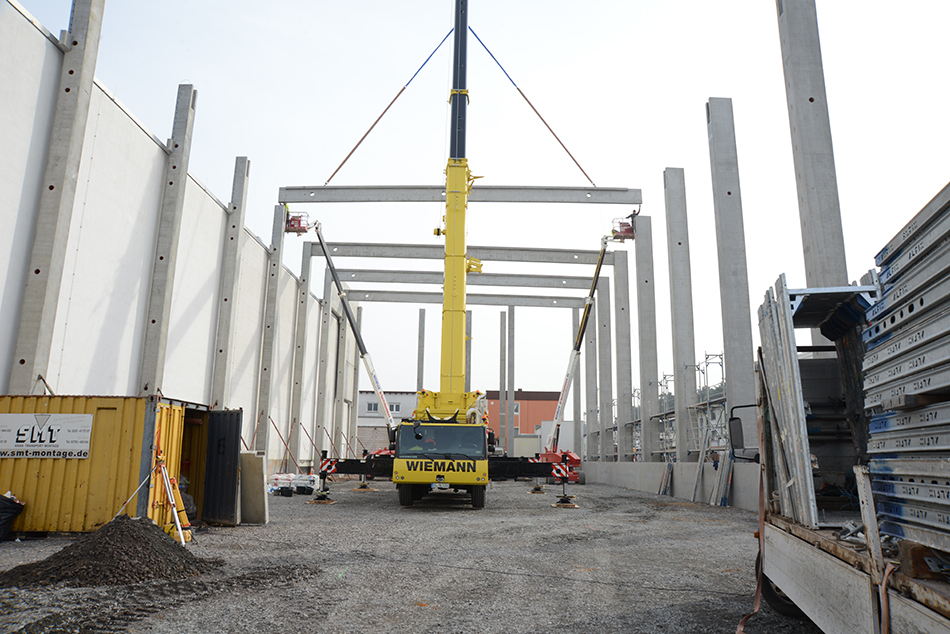 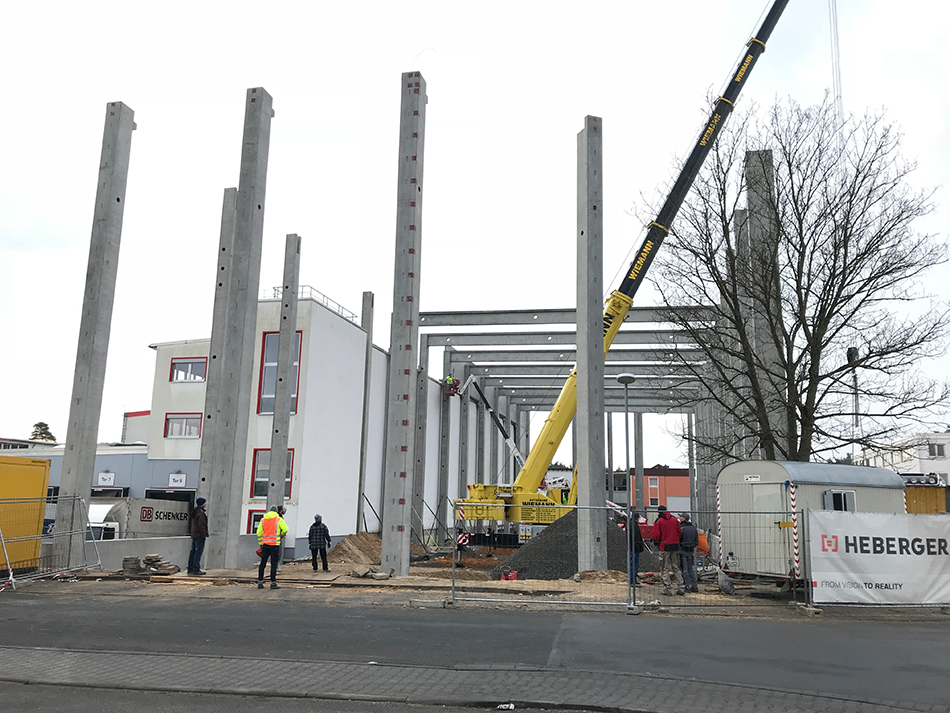 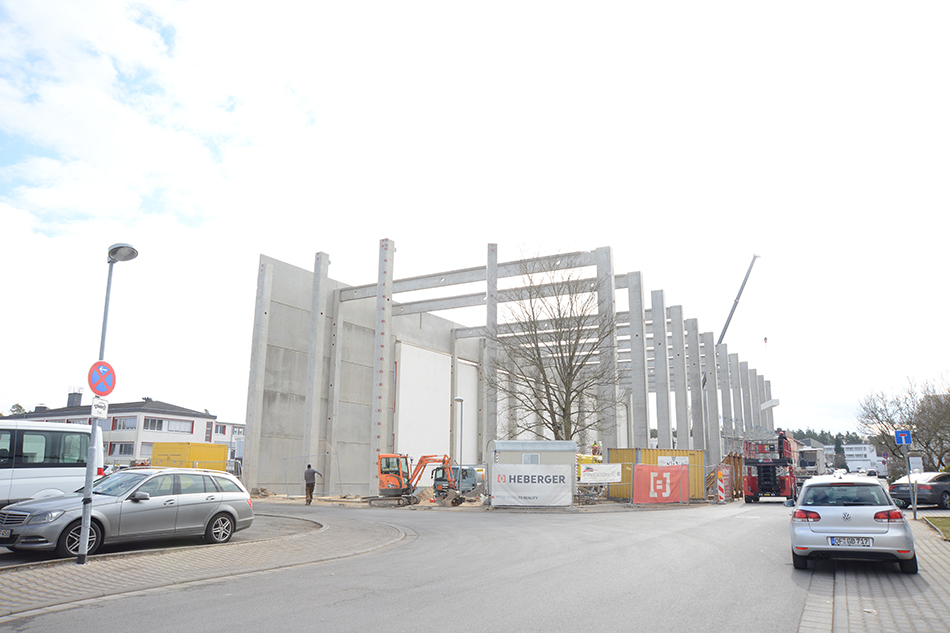 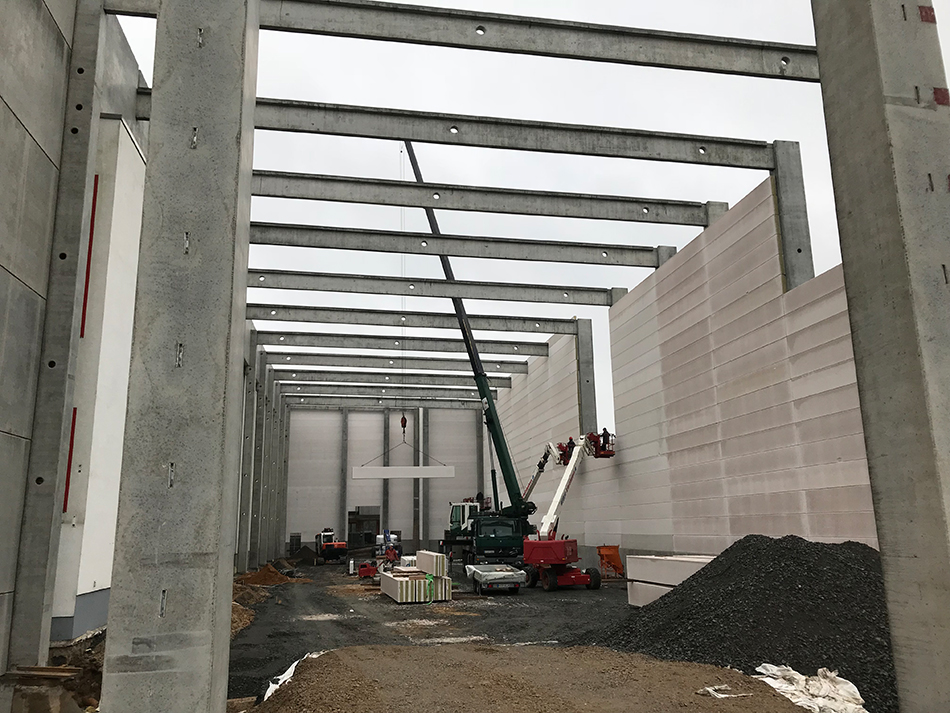 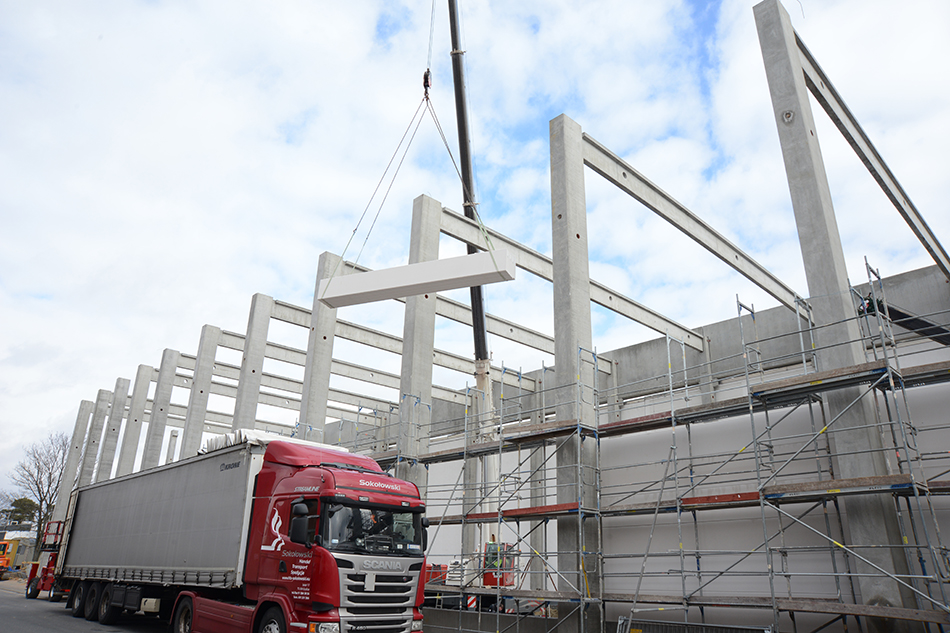 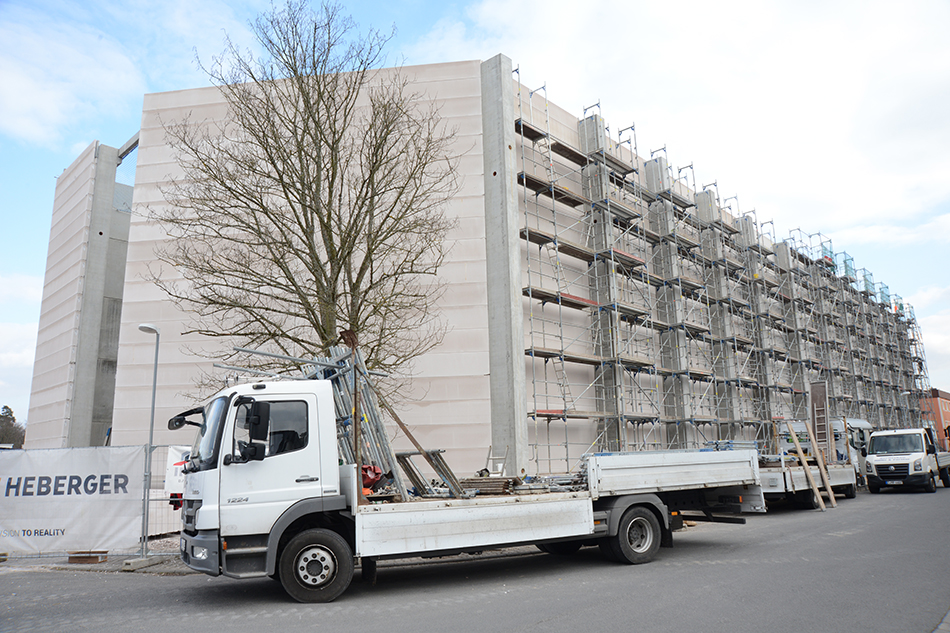 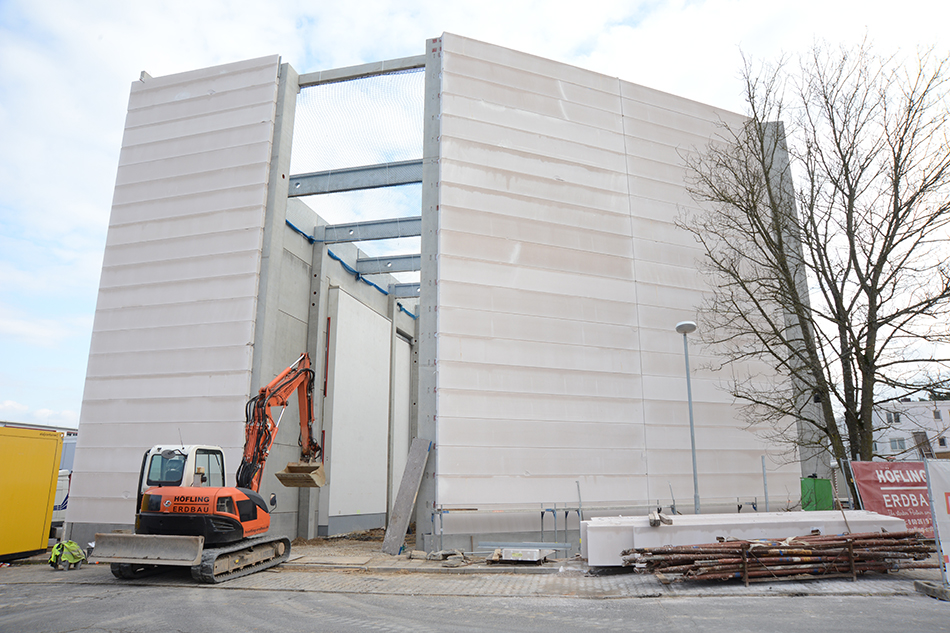 What’s on the inside really counts

Inside the building, work continued apace as a modern underfloor heating system was laid. High-bay storage around 15 metres in height and designed for narrow-aisle trucks is planned for approximately 6,000 storage spaces.

Overall, the new warehouse is intended to enable more efficient storage and picking of goods. The advantages of this will be enormous. A shorter reaction times during peak periods, acceleration of product admissions, a reduction in order times and throughput times, to name just a few.

So, as you can imagine, work to extend the warehouse is in full swing. In the next blog post, you’ll discover how the warehouse will ultimately be fitted out on the inside and what sort of ingenious innovations will be incorporated. 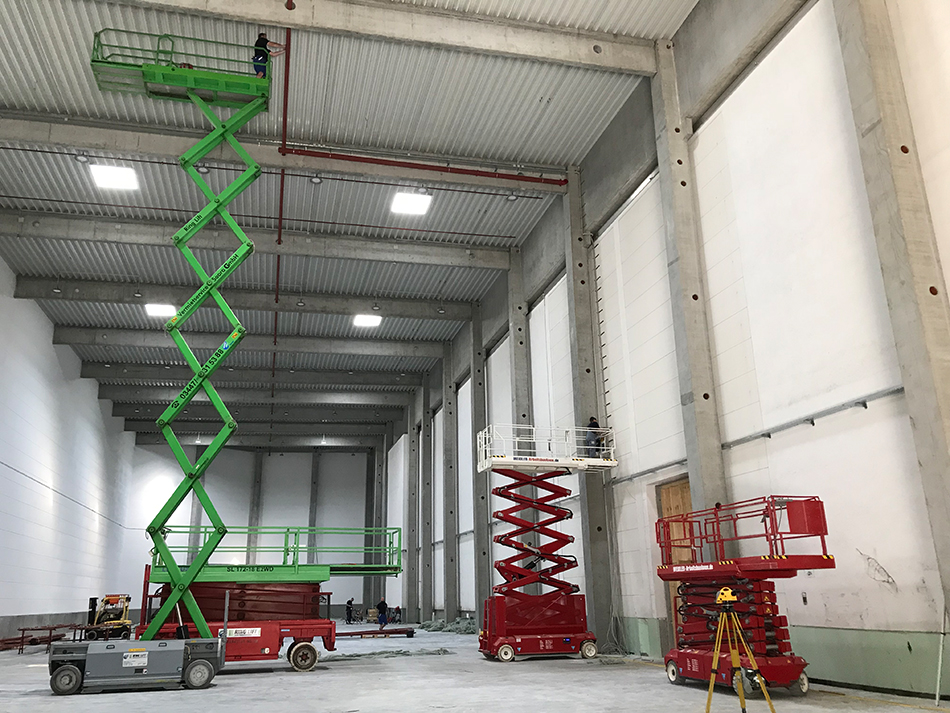 The new Herth+Buss hall from the inside - plenty of storage space for more articles! 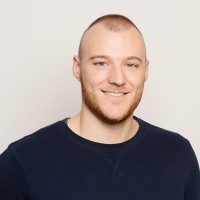 Hello, my name is Tobias Aßfalg and I have been working for Herth+Buss since 2012. I started in 2012 as a temporary employee in logistics. After one year in the wareh ...