This year’s Logistics Department barbecue took place in Heusenstamm on 19th May 2017.

I was responsible for planning the event this year with support from my colleagues. This meant that I had to face a few challenges in the process, but it was a lot of fun.

We quickly identified a venue. As the Logistics Department had held barbecues many times in the past, we knew how to approach the planning for the event. The orders for the last barbecue held in 2012 helped us to calculate quantities for food and drink. I had fantastic support from Facility Management when setting up the marquee and the decorations, so a big thank you to them at this point. However, Mr Chiofalo also offered me his invaluable assistance in planning and organising everything. I would also like to extend my sincere thanks for that.

After the food and drinks for the barbecue had been ordered, I turned my attention to the programme of entertainments. Table football was laid on for guests, while we had also set up a basketball hoop for those who still wanted to do a little “sport” after enjoying our grilled specialities and a chilled beverage or two!

Unfortunately, the weather put paid to our plans for playing basketball. Not to be defeated, we all bunched up like sardines in the marquee and then turned our attention to the table football instead. Matches were played between singles and doubles alike. This quickly created a good mood and a healthy competitive spirit amongst colleagues.

While the tournament was in full swing, Mr Chiofalo, Mr Sattler and I grilled food for our hungry guests. It looked like we had too much food to start with, but most of it had disappeared by the end of the event. It seemed as though our colleagues had arrived with a healthy appetite!
A Danish pastry and a cup of coffee were on offer at the end to round off the evening in relaxed fashion, while the table football continued to keep spirits up after we’d all eaten. Everyone had fun, whether they were actively playing or just watching.

All in all, the event was a success. The weather left a lot to be desired, but the atmosphere more than made up for it. 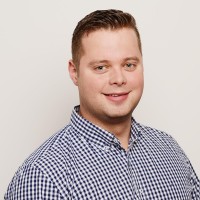