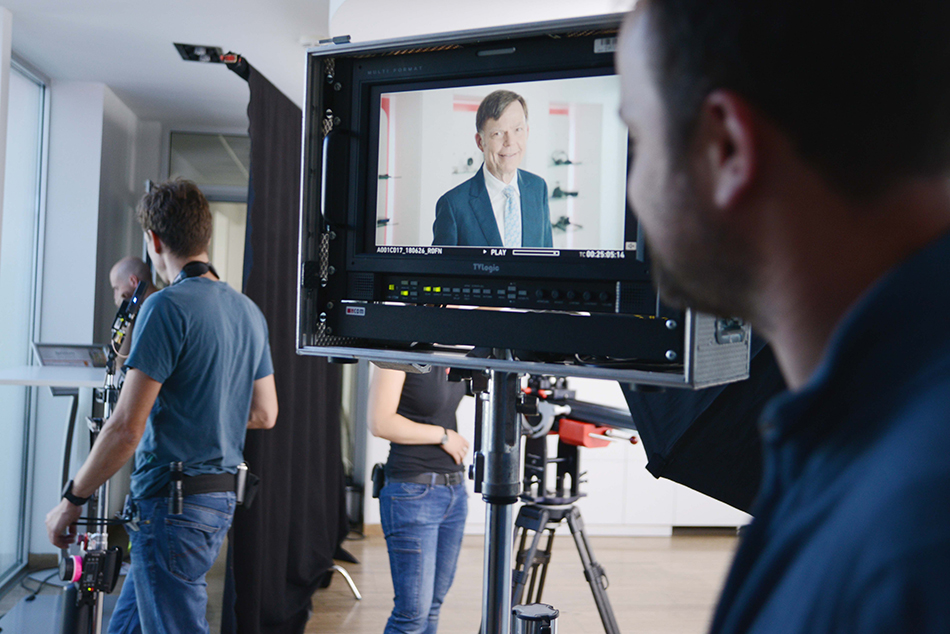 2018 is shaping up to be a thrilling year for Herth+Buss – and particularly for the Marketing Department. Alongside our website going live – and designing and planning every aspect of our trade fair appearance at Automechanika 2018 – we still had time left to bring one more exciting project to fruition: Herth+Buss’ brand-new corporate film.

There have been one or two changes at the company since the last Herth+Buss corporate film back in 2012. Newly opened branch offices, more innovative products, a growing workforce – there were quite a number of topics to be covered in the new edition. However, one requirement was highlighted in bold: viewers should get to know the people behind the Herth+Buss brand; “personality” was absolutely key. And that’s how it came about that the shoot was spread across three different stages. 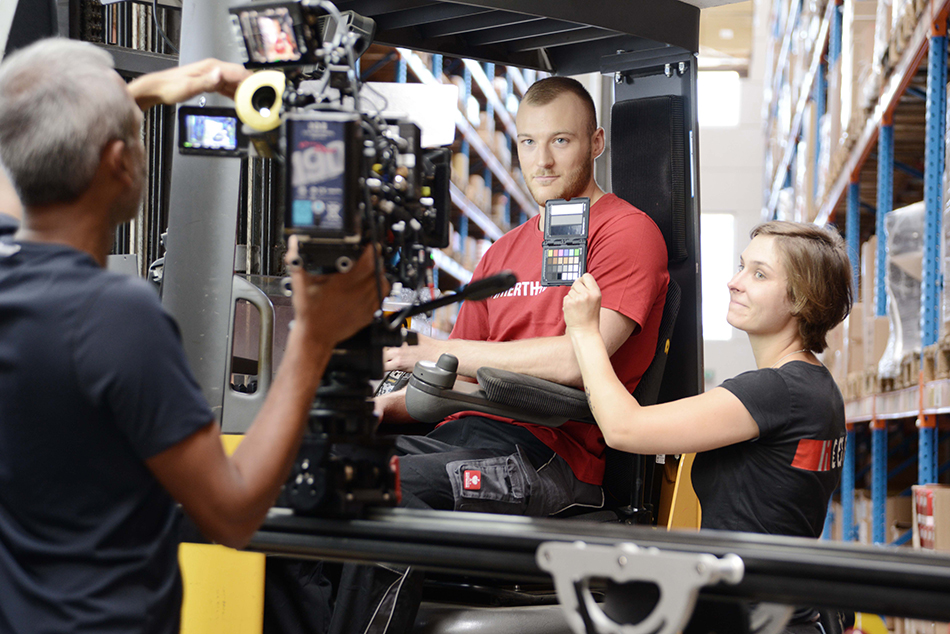 Our employees up close and personal – We provide an authentic insight into the daily routine at Herth+Buss.

A hint of Hollywood

The first stage of the shoot consisted of recording footage in an idealised, futuristic workshop that was custom-built for Herth+Buss. Unfortunately, this was just in a studio and didn’t take more than two days of filming. Thanks to our collaboration with büro bewegt, a long-time partner of ours based in Munich, my colleagues Fabio, Nadine and I were lucky enough to sample a taste of Hollywood. This was because the studios where the workshop scenes were filmed were none other than the famous Bavaria Filmstudios in Munich! In Studio 9, which is among the largest show studios in Germany and has been used for a number of well-known shows, we had enough space to accommodate a variety of cars, a vehicle lift and a roughly 25-man production team in front of and behind the cameras.

A day unlike any other in Heusenstamm

It wasn’t long before the second stage of the shoot was upon us. We spent two further days filming at our company headquarters in Heusenstamm to give viewers an idea of who exactly is behind the Herth+Buss brand and how our daily routine looks. While this was an exciting undertaking, it brought with it a lot of organisational challenges. Where do we have space for the camera and lighting equipment? Where will we disrupt people working the least? Which of our colleagues should be in front of the camera? Thanks to a lot of organisational skill on both sides, smaller and larger hurdles alike were quickly overcome. After two eventful days, we wrapped on all of the scenes we had planned. 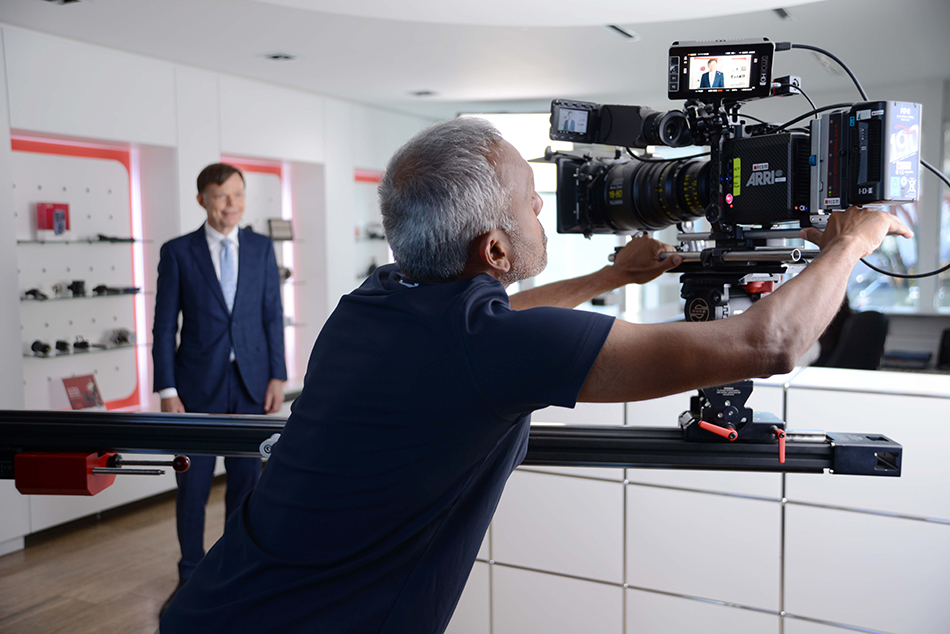 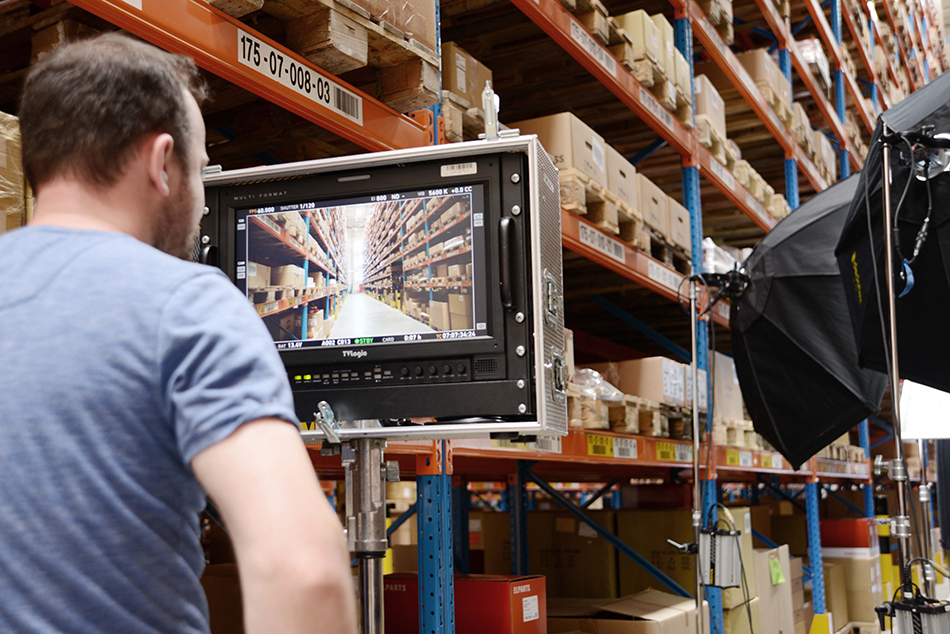 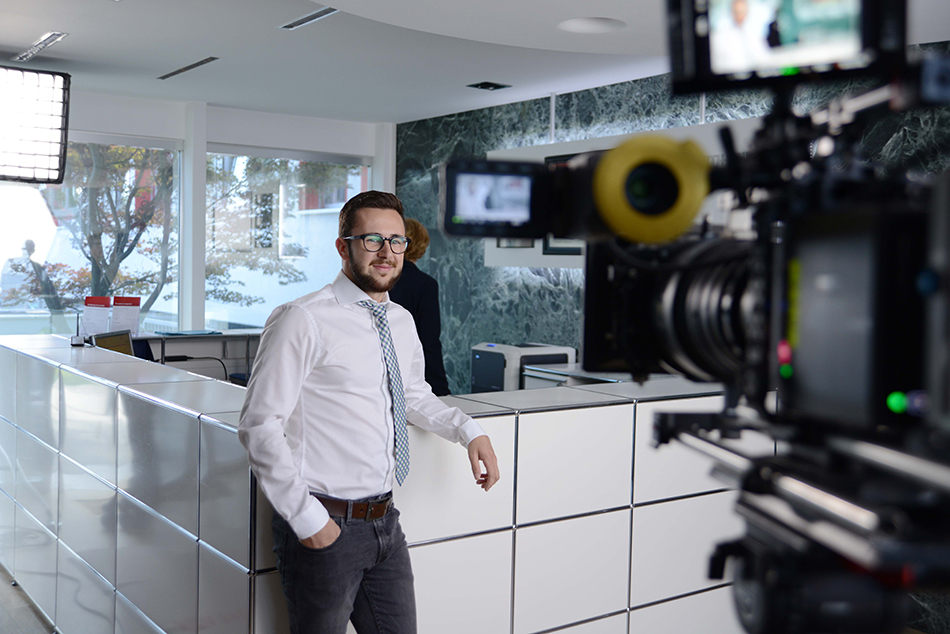 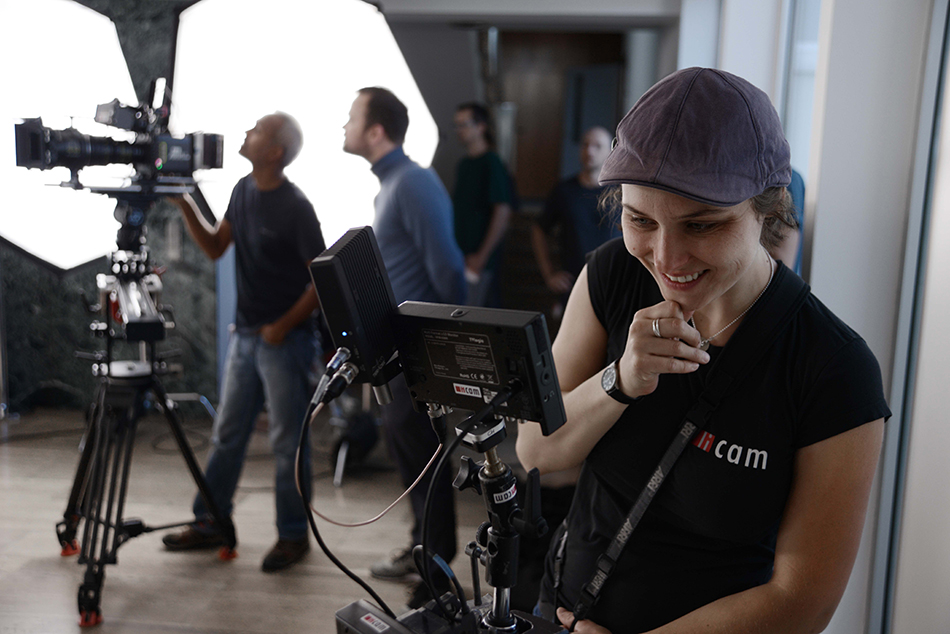 Amidst the shoot at Herth+Buss HQ

Moods – The final piece of the puzzle

The third stage of the shoot was comprised of so-called “moods”: a busy road at night; a car driving along a lonely country road. Motifs like these are intended to convey one clear message: mobility. To quote one of our off-screen lines in the new corporate film: “That is the power that drives us onward.”

Lights off, spotlight on!

Once all the stages of the shoot were complete, we still needed to add the finishing touches to the film. One or two bloopers always manage to sneak their way in, even in such well-organised projects as this one. Scenes were cut, and a voice-over actor was cast – all with one clear goal in mind: to present Herth+Buss to the world in the best possible light with the new corporate film. 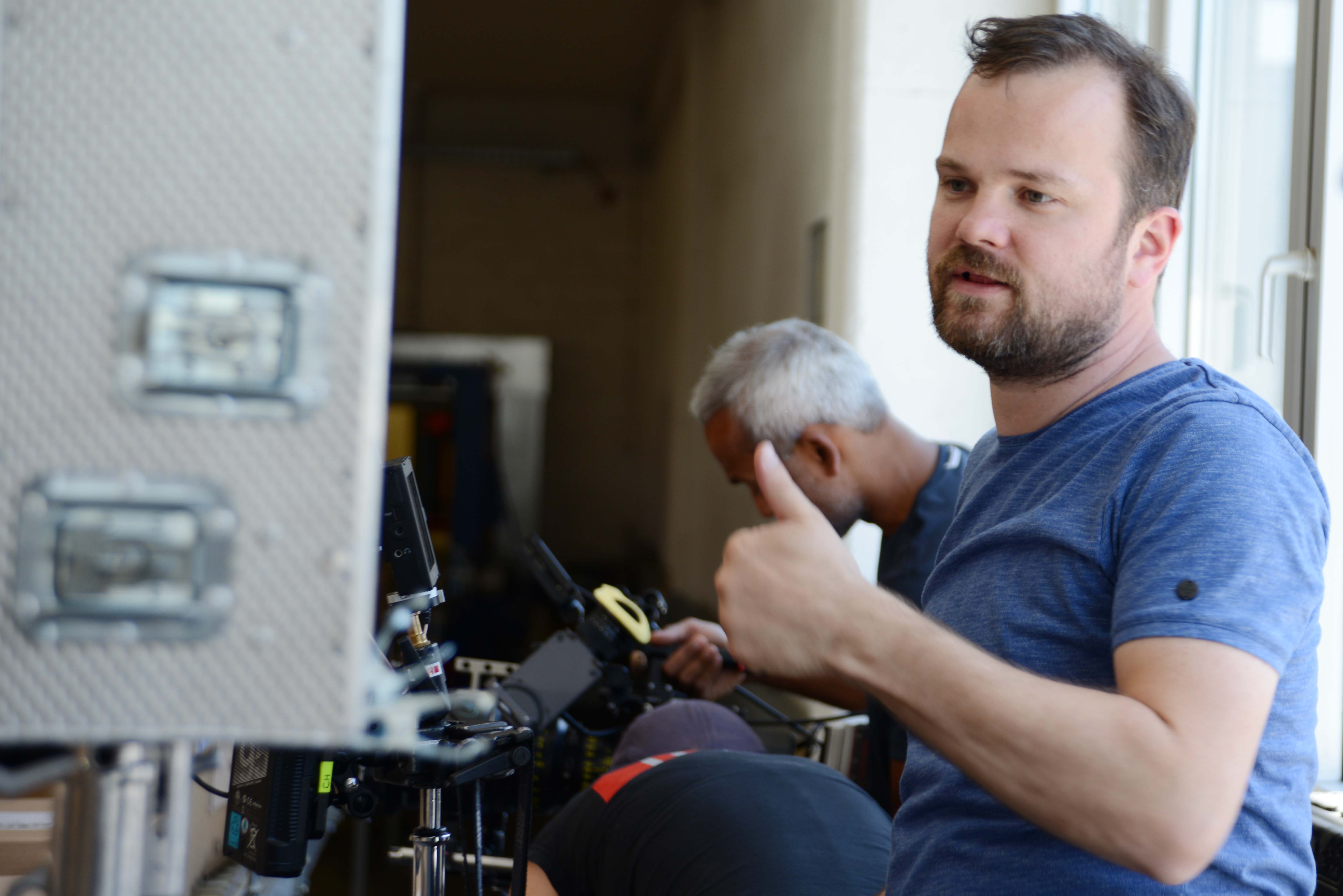 As they say in Hollywood: “That’s a wrap!”

On the home stretch before the grand première at our Summer Festival in Heusenstamm, every effort was made to enable all employees – including our very own acting talents – to see the Herth+Buss corporate film before its official release. 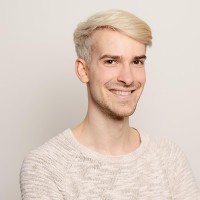