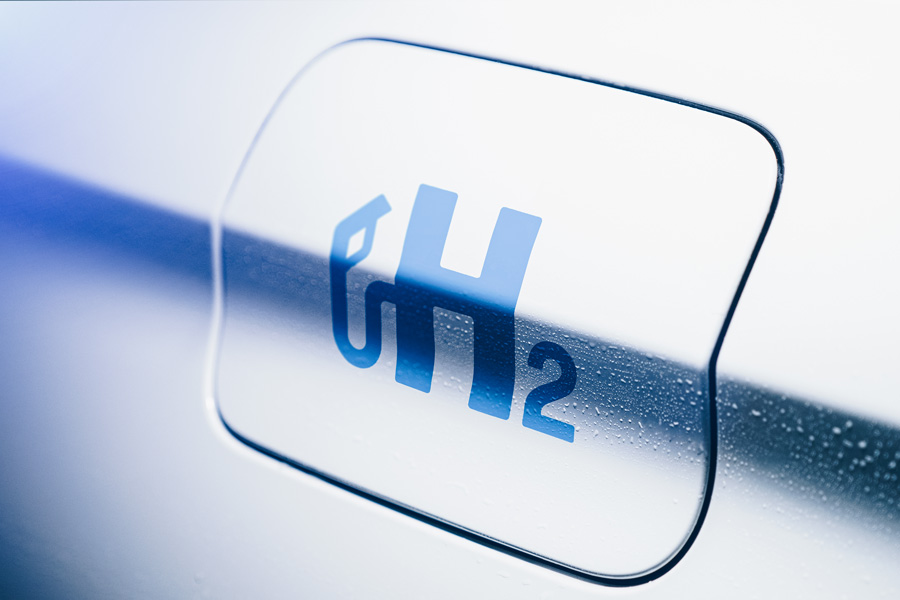 When we talk about hydrogen as an energy source for the mobility of the future, the focus is usually on the fuel cells. However, hydrogen is also suitable as a clean fuel for combustion engines. The commercial vehicle sector has the most potential. But the technology could also develop into a real alternative in the passenger car sector.

According to a recent study by the "Regional Agency for New Mobility Solutions and Automotive Baden-Württemberg", the hydrogen combustion engine achieves a CO2 emissions reduction of more than 98 percent. This means that it is not too far away from the completely emission-free fuel cell, but is much cleaner than petrol and diesel engines.

Compared with conventional combustion engines, there is no fundamental technical difference, even if "some engine subsystems have to be adapted to operation with hydrogen", as Professor Stefan Pischinger points out to "Krafthand" (version 15/2021). The head of the automotive service provider FEV ought to know. His company develops combustion engines that run with hydrogen, among other things. To date, primarily for commercial vehicles. However, the first automotive manufacturers are already asking for suitable solutions for light commercial vehicles and cars - or are already researching the technology.

Toyota, for example. The Japanese have built a racing car with a three-cylinder turbo engine operated with hydrogen, which reaches the engine's combustion chambers via a modified fuel and injection system. The combustion process is apparently much faster than comparable petrol engines, which leads to better response characteristics of the engine. As we stand today, series use is obviously not yet in sight. Toyota is particularly interested in generating valuable data in the full load range.

Considering the around 48 million passenger cars in Germany alone, it's clear how much potential there is in the technology. How much CO2 could be saved with converted hydrogen engines?

Another benefit: As no significant changes are required on the drive train, the existing supplier structures of the vehicle manufacturers can be largely maintained, as the study by the regional agency emphasises. Automotive suppliers and workshops would certainly welcome the greater number of parts and components compared to battery cell electric and fuel cell cars and trucks from an economic perspective.

However, hydrogen would have to be produced industrially, cheaply and above all using green processes. That's not the case so far. The Federal Ministry of Education and Research has therefore launched three hydrogen projects. Among others, the TU Darmstadt is researching how hydrogen can be produced in industrial series production. We are also still lacking a comprehensive hydrogen filling station infrastructure.

Despite the development risks, experts believe that hydrogen combustion engines and fuel cell vehicles will be technically feasible by 2025. At least in the commercial vehicle sector…