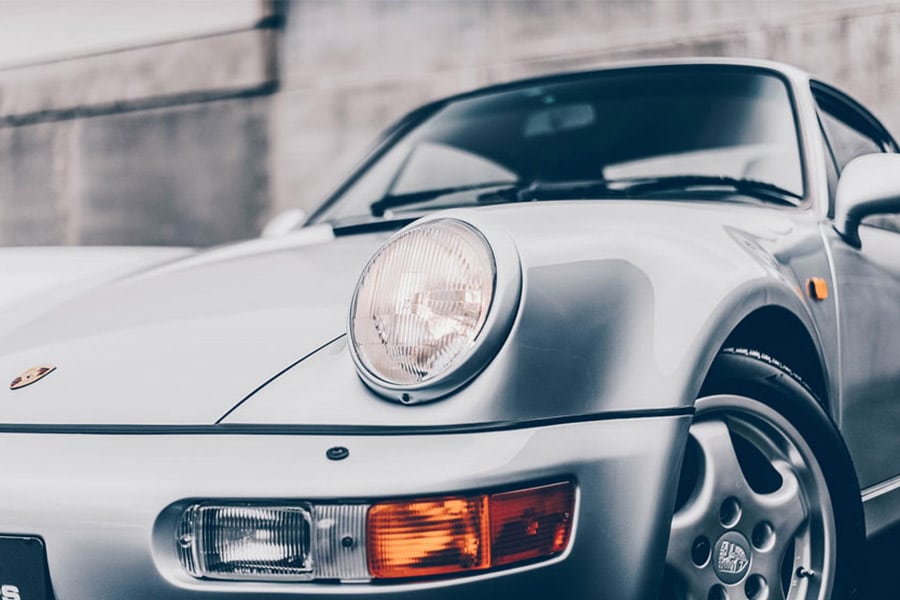 Classic Porsche 911 from Singer: Better than the original

Singer from Los Angeles is a red rag to Porsche purists. For moderate friends of the sports car brand and car fans worldwide, the company stands for automotive dreams - and perhaps the most beautiful classic Porsche models in the world.

The California-based company specialises in tuning and restoration of the classic Porsche 964. The business model: Customers who have a 964 take their Porsche 911 built between 1989 and 1994 to Singer and receive a masterpiece of technology in return. Because Singer is considered an inventor of the "Restomod".

Reinterpreted, reworked and better than the original in some respects

The term is made up of "restoration" and "modification". With a classic restoration, a vehicle is returned to its original condition. Ideally, the vehicle will then be on the road exactly as it was when it left the factory. With a Restomod, potential weak points of the vehicle are identified and some assemblies are optimised. The beloved classic appearance then hides modern technology beneath. This can affect the chassis, the body, safety technology or the engine, for example. The benefit is that the iconic design is retained, but the vehicles drive better, quicker and safer.

The company was founded by Rob Dickinson, cousin of Iron Maiden singer Bruce Dickinson. The Englishman moved from his rainy homeland to sunny California, where he and many Porsche fans fulfilled the dream of Singer Vehicle Design in 2009. But why is the company called Singer? Dickinson named his company after Porsche Engineer Norbert Singer. Norbert Singer, born in 1939, is also known as "Mister Le Mans" internally at Porsche. He played a major role in all 16 overall victories achieved with Porsche vehicles between 1970 and 1998 as racing engineer and was also the project manager for most Porsche racing cars.

Hardly any screw is left untouched in a Singer Porsche. The majority of the Porsche 911 body parts are replaced with carbon fibre parts. The 964 engines are overhauled by engine manufacturers such as Williams, Cosworth and Ed Pink Racing. The 3.6 litre petrol model, which delivers 250 hp ex works, can achieve 390 hp or even more after the overhaul.

The clearly defined objective: More power, more luxury, less weight. The manual 5-speed transmission differs from the 6-speed version and an air conditioning system or a sound system can also be incorporated into the Singer Porsche on request. The customer is king, his wish is Singer's command. So it's no surprise that Singer is currently working on up to 24 vehicles simultaneously.

The Singer 911 DLS is a real high achiever. The DLS stands for "Dynamics and Lightweighting Study" and the vehicle is not only lighter, but also has much more power. Engine manufacturer Williams, together with the legendary former Porsche engineer Hans Mezger, who also bears the title 'Porsche Pope', created a 4-litre flat engine with air-cooled 500 hp. The empty weight of the sports car has also been reduced to approx. 990 kg thanks to the use of carbon, magnesium and titanium throughout, as well as other lightweight materials.

But how can the company get almost 250 hp more power from the original 3.6 litre flat engine? Singer installs new cylinder heads with four valves per cylinder and titanium connecting rods transmit the force of the adapted pistons. The engine has throttle valves made of aluminium, carbon intake manifolds and a special air box. The maximum performance also increases the thermal load. For this reason, Singer installs a second oil circuit and adapts all other vehicle parts to the higher temperatures during this unique Restomod.

All told, more than 1,000 Restomods have already left the hallowed Singer halls. The price for a Singer Porsche conversion can quickly reach between 475,000 dollars and 1.8 million dollars. This doesn't even include the suitable base, i.e. the vehicle itself. Used Singer Porsche models have already sold for between 900,000 and well over a million US dollars at auction. There is currently no reason to expect a drop in value, as spare parts donor vehicles are also becoming more expensive again. The waiting times are long. Anyone who orders a Singer Restomod today faces delivery times of up to three years.

Anything can happen, there are no guarantees. Rob Dickinson has many other ideas and can also imagine adding another series. He also isn't ruling out manufacturing Singer's own vehicles. The 964 shall remain the focus for the coming years. Then we'll see where things stand.