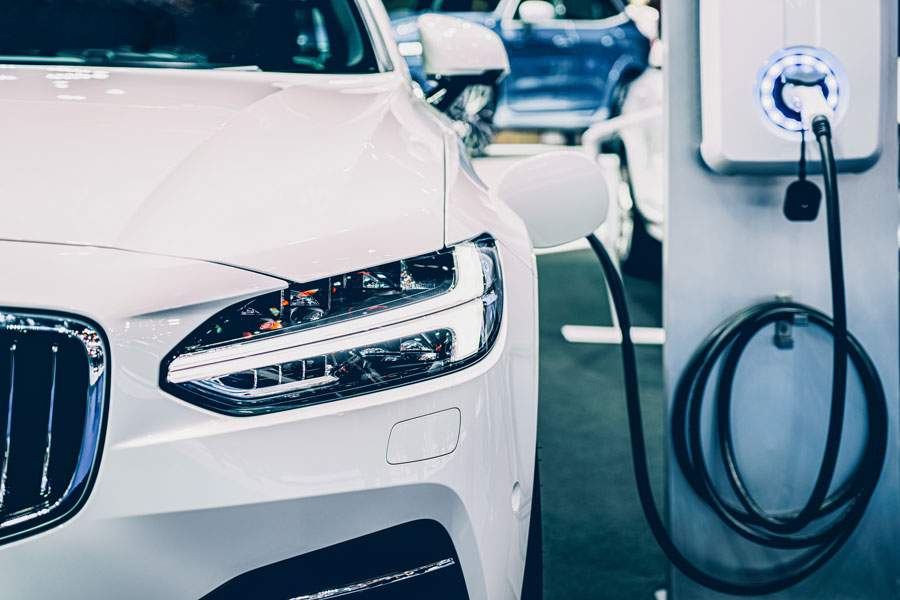 Combustion engine on the out?

Volvo and Volkswagen were the first to focus completely on electrification. They started an avalanche that took some time to take hold, but now it seems to have reached the entire industry.

Just a few weeks ago, Ford and Jaguar made headlines: Ford wants to switch its European passenger car range to pure electric drives within the next ten years, and Jaguar will only build electric cars from 2025.

And even sports car manufacturers are getting in on the hype: For example, Bentley wants to launch electric vehicles on the market from 2030, the first purely electric Bentley is due in 2025. And in the future, the French brand Alpine, which has recently received all the sport ranges from Renault, will specialise in electric sports cars.

Last but not least, Audi announced the departure from the combustion engine - combined with some straight talking. The EU plans for an even stricter Euro 7 exhaust emission norm are a huge challenge in terms of technology, with low environmental benefit. This limits the combustion engine to a significant extent, says Markus Duesmann, Chairman of the Board of Directors. "We will no longer develop a new combustion engine, but will adapt our existing combustion engines to new emissions guidelines."

Politicians appear to be leaving car manufacturers with no other choice. The new Euro 7 exhaust emission norm could come from 2025 and will drastically reduce the pollutants that a vehicle may emit. More and more countries are also planning bans on combustion engines. For example, Great Britain wants combustion engines to no longer be allowed for new registrations from 2030 onwards. Denmark, Ireland, the Netherlands, Slovenia and Sweden have the same goal. In Norway, petrol and diesel are to be prohibited by 2025.

Is the extensive departure from the combustion engine - whether directly via bans or indirectly by new exhaust standards - really beneficial from an environmental perspective? It's not just Audi boss Duesmann who doubts this and is criticizing the "low benefits" of the measures. The ADAC also takes a clear position on the matter: Emission limits should also be based on what is technically possible and should not force the departure from the combustion engine

The automobile association refers to developments over the last decades, which showed a significant decrease in emissions from road traffic and pollutant concentration in cities regarding fine dust and nitrogen oxides. "To date, the EU Commission has not published any basic principles that justify an extreme reduction of certain pollutants on all new vehicles", said the ADAC.

Do e-fuels save the combustion engine?

The ZDK (Central Motor Vehicle Association) also criticises the political plans to ban combustion engines from road traffic and to rely on electric drives alone. Together with twelve other associations, including the ADAC, VDA (German Association for Automotive Industry) and the VDMA (German Mechanical Engineering Association), the ZDK spoke in a letter to various politicians in February 2021 for the further reduction of greenhouse gas emissions in road traffic. In order to achieve this, e-fuels would have to take off as alternative fuels.

Although these fuels, which can be used with conventional combustion engines, can already be produced today, the production process is still very expensive and the efficiency still leaves a lot to be desired. Most countries also don’t have the renewable energy sources and capacities to produce e-fuels for the mass market. But the potential is enormous. At least if politicians and business are truly committed to reducing emissions in road traffic.

It's worth taking a look at the statistics of the German Federal Motor Transport Authority: In Germany, around 67 million vehicles are currently on the road, of which significantly more than 66 (!) million have petrol or diesel engines. They will not disappear overnight. After all, the average passenger car in Germany is run for nearly 10 years.

ADAC Technical President Karsten Schulze said: "Millions of combustion engines are on German roads and have a long service life. If the climate protection targets are to be achieved in road traffic, we need a solution for this vehicle stock." The German Ministry of Transport agrees: In January 2021, it announced a funding programme for renewable fuels, for which around 1.54 billion euros are to be made available by 2024. That's something at least. But it remains to be seen whether e-fuels can save the combustion engine.