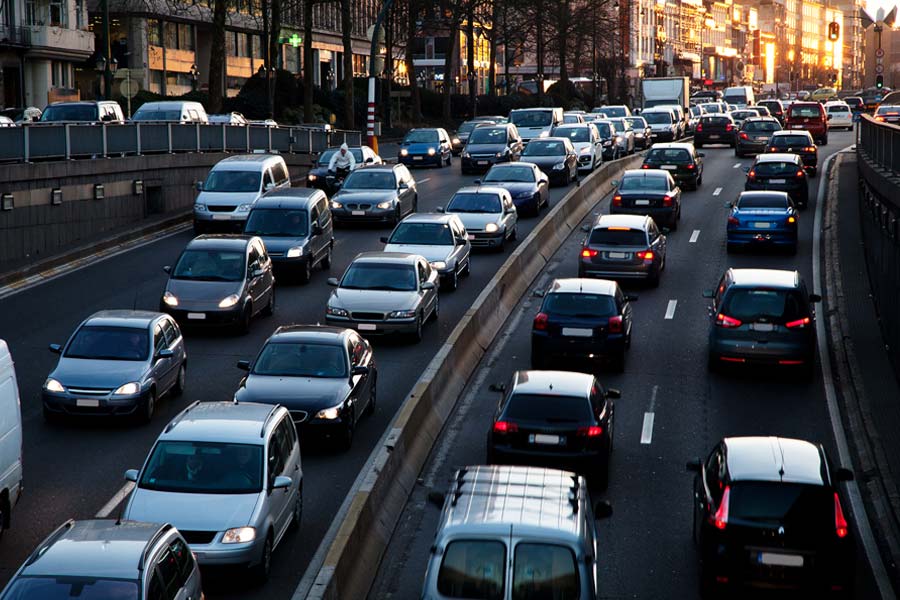 Who is to blame for the daily chaos and which ways out are there? Shortly before Christmas, the holiday season in Germany starts again. But with all the comfort, the Christmas holidays mean packed streets and countless traffic jams. And even during the holiday-free period, the impression is that the streets in Germany are getting fuller and fuller. But who or what is actually to blame for the daily chaos in "Germany, the land of traffic jams" and which ways out of the traffic jam could there be?

Every day tens of thousands of commuters, truck drivers and holidaymakers on German roads are in traffic jams. But is this feeling true at all? It is a fact that according to an ADAC census in 2018 there were 745,000 registered traffic jams on national roads. Compared to 2017, this represents an increase of three percent and at the same time a new record. This means that there are more than 2,000 traffic jams per day in this country.

But are we now the No. 1 traffic jam in Europe? The short answer is: No. The longer answer is: Germany is definitely one of the leaders. If you look at the hours after which motorists in Germany are stuck in traffic jams, you will find us in third place in Europe, behind Belgium and the Netherlands and almost on a par with France. There is also a relatively high level of congestion in Great Britain, Luxembourg and Italy. This list mainly includes transit countries, such as Germany or Luxembourg, but also countries that have important access to heavily frequented ports. Why is this a problem? In these countries there is a particularly high volume of heavy goods traffic, which places a heavy burden on the roads, and that is why there are so many construction sites here, which then lead to traffic jams again and again.

For decades, politicians, associations and citizens in Germany have been arguing regularly about the introduction of a speed limit of 130 km/h on motorways. So far, no agreement has been reached. Neither arguments for more climate friendliness nor for fewer accidents could bring about a turnaround on this issue. Germany is the only country in Europe that does not have a general speed limit on motorways.

But what influence would a general speed limit have? Experts who are in favour of a speed limit refer above all to speed differences, which can lead to traffic jams: "The higher the speed driven and the higher the speed differences, the more disruptions of the traffic flow occur", Gerd Lottsiepen from Verkehrsclub Deutschland told the "Handelsblatt". Traffic congestion researcher Martin Treiber from TU Dresden adds: "An inconsiderate driving manoeuvre - such as an abrupt lane change - leads to the following car having to brake - and the next with the corresponding reaction and braking time delay even stronger and so on. This often triggers a wave of traffic jams that propagate backwards at 15 kilometres per hour. In these congestion waves, traffic comes to a complete standstill at times".

Is a general speed limit the solution?

Probably not - the problem: According to ADAC, around 30 percent of the German motorway network is already permanently or temporarily speed-limited. And yet traffic jams continue to increase. Therefore, a general speed limit does not seem to be a panacea. The congestion researcher Michael Schreckenberg of the University of Duisburg-Essen has a clear opinion: "A speed limit is not the right thing to do", Schreckenberg told the "Deutsche Nachrichten Agentur" (dpa). The traffic expert believes that regulated speed limits make more sense. Namely, when the traffic becomes denser, through variable ads.

It is clear that the traffic chaos in Germany will not be solved overnight. Drivers will have to be patient until then. Even during the Christmas holidays.