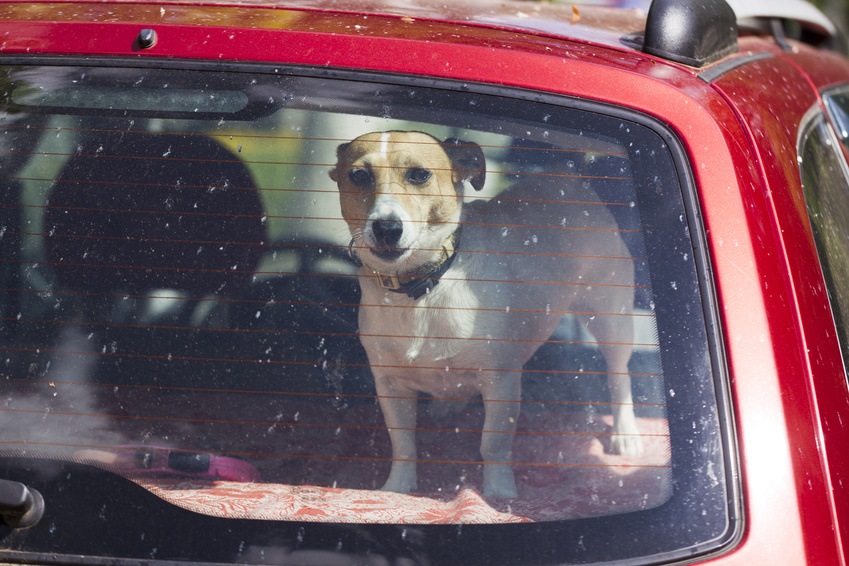 It’s a sight you sadly see all too often: drivers who leave their dogs or even children in the car in spite of the blazing sunshine before claiming they “just wanted to fetch something quickly”. Hot cars – a risk which is easily underestimated, as cars heat up more quickly in summer than you may think.

Yet the level of heat in cars can even pose a threat to life at considerably lower outside temperatures. At very mild outside temperatures of just 20 °C, cars can nonetheless heat up extremely quickly in direct sunlight: the mercury can hit a life-threatening 46 °C after 60 minutes.

Incidentally, it makes absolutely no difference whether one or several of the windows are opened a crack in this case. That’s simply not enough to ensure adequate air circulation and cooling! 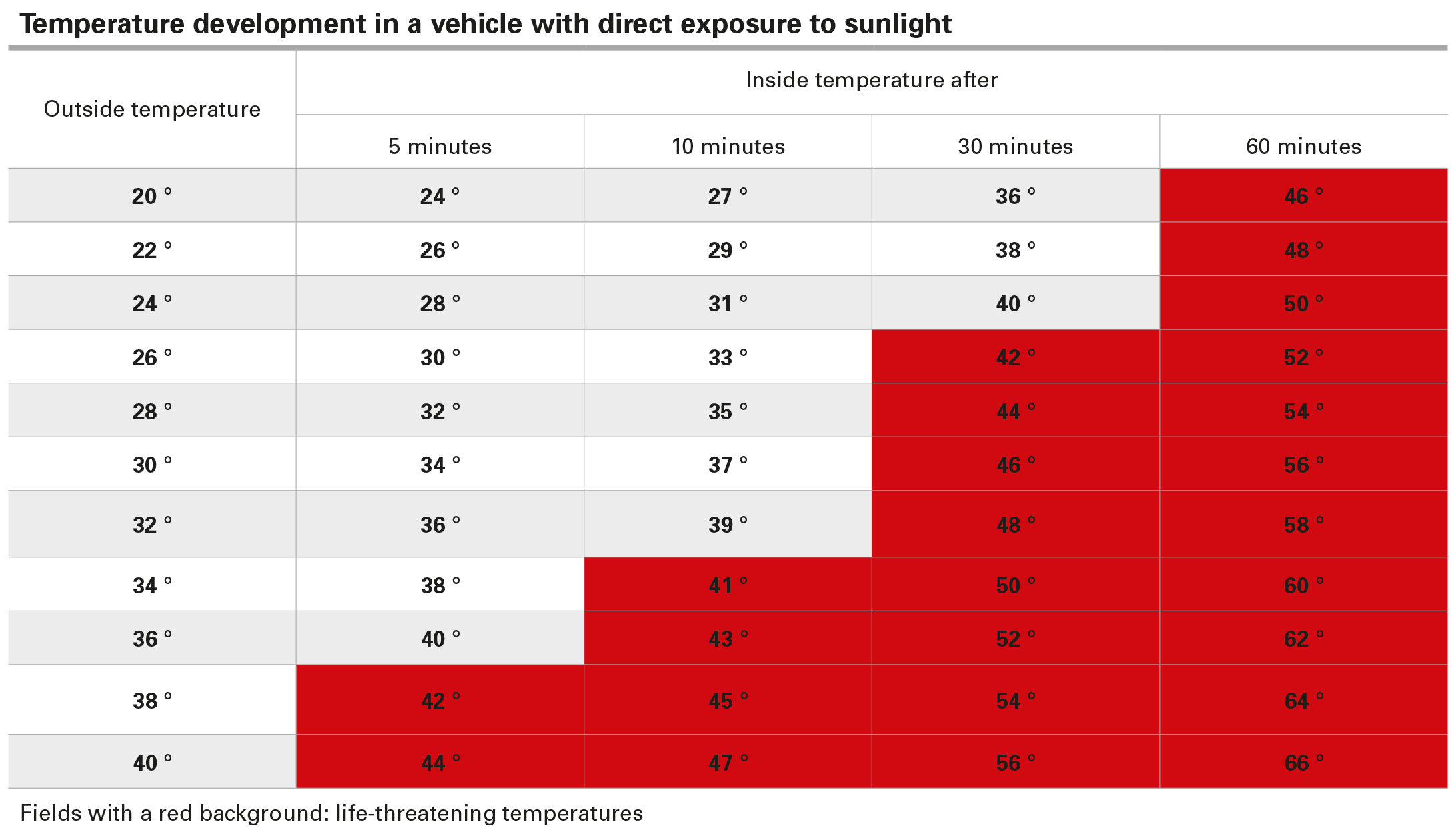 In an emergency situation, passers-by are entitled to smash windows

In an emergency, passers-by are entitled to smash the windows if a child is left alone in a car in high temperatures. This classes as “emergency assistance”.

However, it isn’t just cars that are parked in the sun that can become a hazard. Generally speaking, the heat in summer can cause drivers to become tired and let their concentration slip. Health problems await and the risk of having an accident increases.

8 Tips for dealing with hot cars