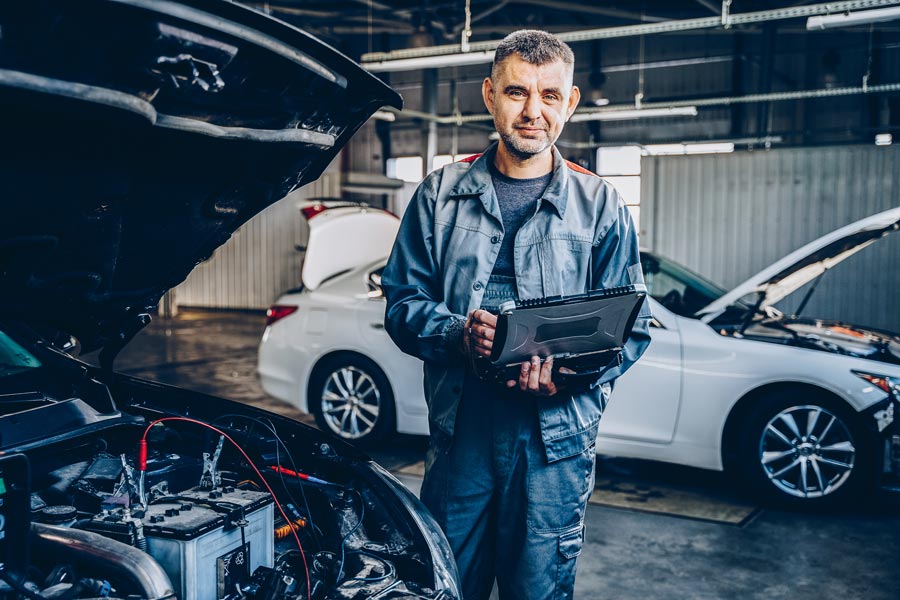 Older electric vehicles suffer a high loss of value. According to the DAT (Deutsche Automobil Treuhand), three-year-old petrol vehicles sell for 58 percent of the original list price. With electric cars, the residual value is just 47%. On the one hand, the residual values suffer due to the purchase premium for new electric vehicles. On the other hand, the ongoing rapid development of battery technology, particularly with a quick-charge function, reduces the value of used electric cars.

At the same time, the battery is the most cost-intensive part on an electric car. It therefore has a significant impact on the residual value of the used vehicle. According to GTÜ (German Association for Technical Inspection), the energy storage system can account for up to 50 percent of the vehicle value.

This is why GTÜ has added a new service to the range: Battery diagnostics for electric cars and plug-in hybrids, which assesses the "the condition of the battery in detail, objectively and manufacturer-independent". For this, the monitoring organisation worked together with test developer Aviloo.

"Traction batteries are chemical energy storage systems that undergo a natural ageing process and lose their storage capacity over time," explains Aviloo CEO Nikolaus Mayerhofer. "The usage behaviour such as continuous driving in the upper power range or frequent charging with high charging capacities can also cause the battery to age faster." Battery diagnostics is therefore used to assess the value of an electric vehicle relatively precisely and inform the buyer of possible risks in good time.

Electric car drivers require a special battery tester for battery diagnostics, which is provided by the GTÜ. This is available at selected test locations of GTÜ or can be ordered online. GTÜ stresses that the battery diagnostics is very simple overall and can be carried out by end users. Depending on their technical knowledge, drivers of electric cars may wish to consult their trusted workshop, however.

Before carrying out the test, customers receive a link on their mobile phone and are "guided safely and conveniently through the test step-by-step" in the app. As the battery test is purely data-based, there is no need to remove the battery: The battery tester only has to be connected to the OBD interface in the vehicle. The device then analyses the battery data during everyday journeys, where the battery is discharged to 10 percent of the capacity, and sends this data to the Aviloo "Battery Cloud" for evaluation. The battery certificate subsequently created is based on the analysis of millions of data points. It is designed to determine precisely how much the traction battery has already aged.

The battery test costs 99 euros at GTÜ, including the test certificate. Even the GTÜ can not prevent a complete disaster for owners and buyers of older electric cars: If the battery fails completely at some point, the electric vehicle can quickly become a total financial write-off.