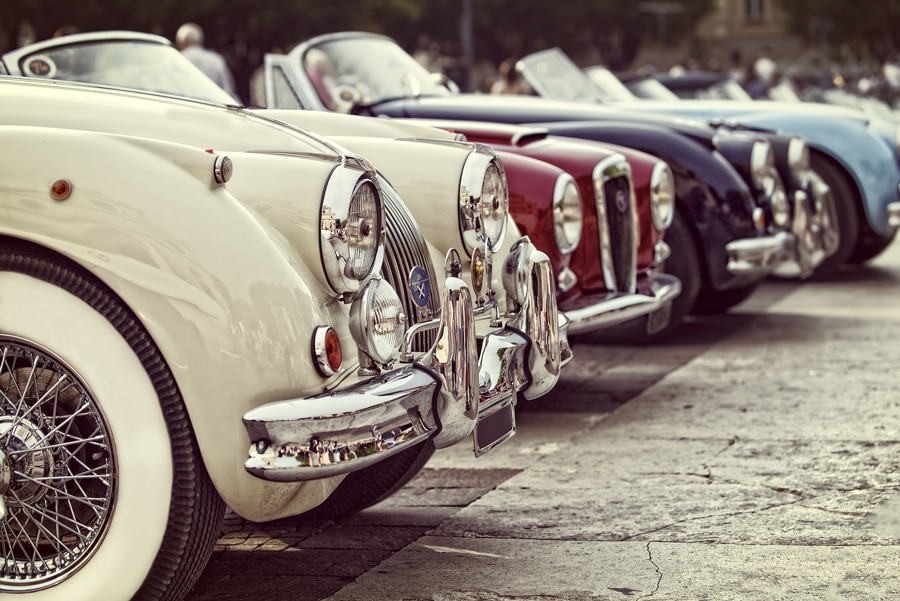 The fascination of Oldtimer and Youngtimer classic cars

While modern cars now have a whole lot of electronic devices on board to aid the driver and, admittedly, ensure greater safety on the road, owners of Old- and Youngtimers can still experience pure, unadulterated enjoyment in driving. Many automobile fans get their hands dirty and like repairing their treasured vehicles themselves. A classic car is for most a good counterbalance to a stressful job – whether tinkering in the garage at home or driving along winding country roads.

Youngtimer and Oldtimer – what 's the difference?

What do Germans mean by Young- and Oldtimer when speaking of classic cars? It's actually really simple: In Germany the term Oldtimer is used by the German road traffic regulations for every vehicle in its original condition that was first registered at least 30 years ago and is still in a very good state of repair. The owner can then display the letter 'H' on the numberplate of a classic car – something that also offers benefits in fiscal terms. A Youngtimer is an automobile of around 20 years old which hasn't yet acquired the status of an Oldtimer.

What exactly does the 'H' on the numberplate mean?

If you want an 'H' on your numberplate, you have to check beforehand that the vehicle was first registered over 30 years ago. The exact date can be found under item B in parts I and II of the vehicle registration certificate. To claim an 'H' for your vehicle, it is not the age of the car that is important, but the date on which was first registered. Only then can you benefit from a discount on your insurance, as well as a flat-rate tax charge of 191.73 euros per year for motor vehicles, and an annual flat rate of 46.02 euros for motorbikes. But there are a few other things that need to be taken into account here. An Oldtimer sporting an 'H' must not exceed a certain mileage per year. The upper limit here varies between insurers but it's generally around 10,000 km. In addition, it is necessary to prove the authenticity of the vehicle in a detailed expert report. Commercial usage of Oldtimers is also forbidden. 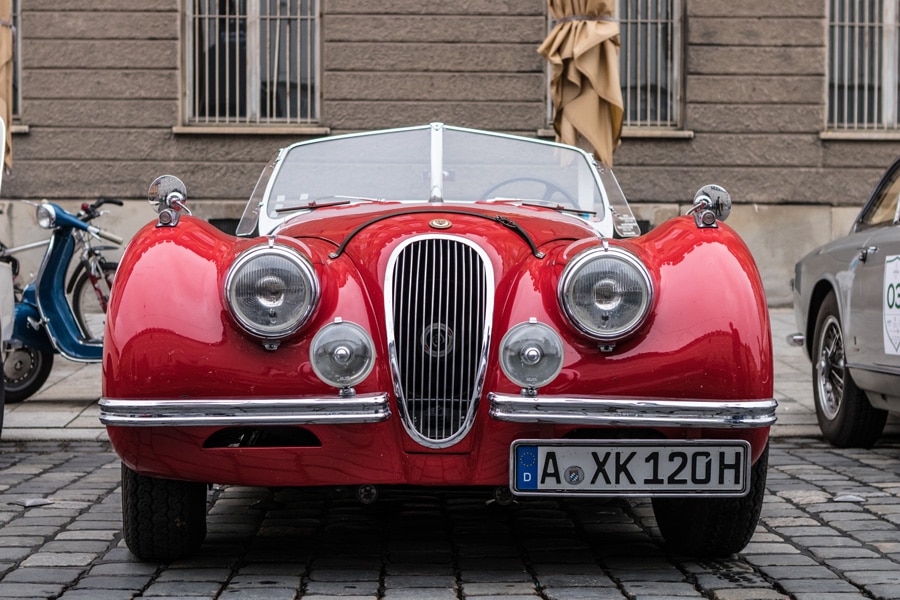 The most expensive Oldtimer ever

Old Ferraris regularly command high prices, in some cases exorbitant sums. Last year a Ferrari 250 GTO was auctioned at RM Sotheby's for a mind-boggling 48.4 million euros. However, as one of only 39 hand-made Ferrari 250 GTOs produced between 1962 and 1964, the vehicle had a unique and thrilling history behind it: This third GTO ever to be built was driven by Formula 1 world champion and Le Mans winner Phil Hill as a test car for the Targa Florio 1962 before it went on sale! 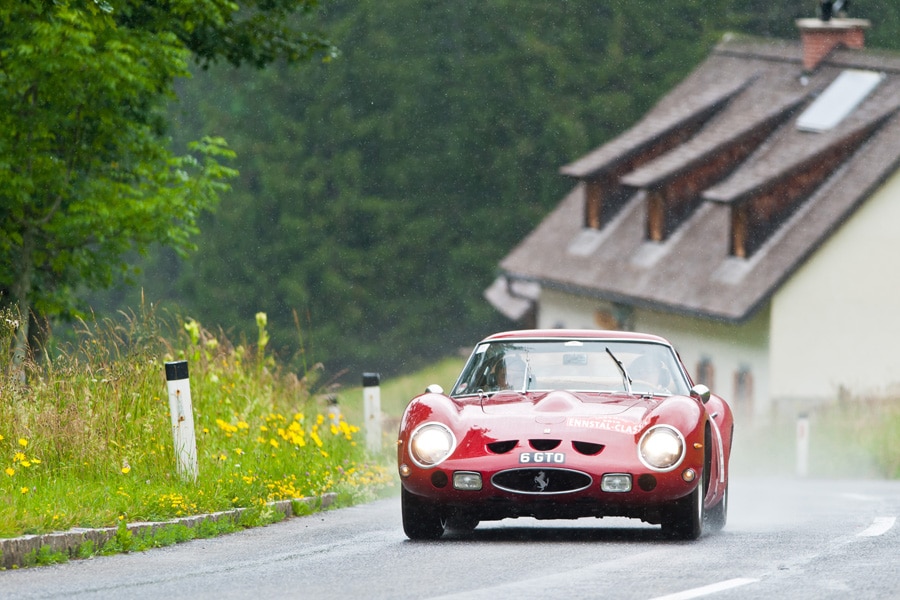 Oldtimers/Youngtimers as a financial investment?

Many people are meanwhile also using old classic cars as a capital investment. The potential offered by such an investment is illustrated by the following example. If 20 years ago you wanted to buy a BMW 2002 turbo, which was already a rare beast, you'd have to spend a low five-figure sum in euros – while today you'd get over 100,000 euros for it! The rarest vehicles generally get the highest prices. If you're looking for an Oldtimer as a financial investment, you should also pay enormous attention to its authenticity. And as is so often the case when investing money: Be patient. You won't tend to make a fast buck here.