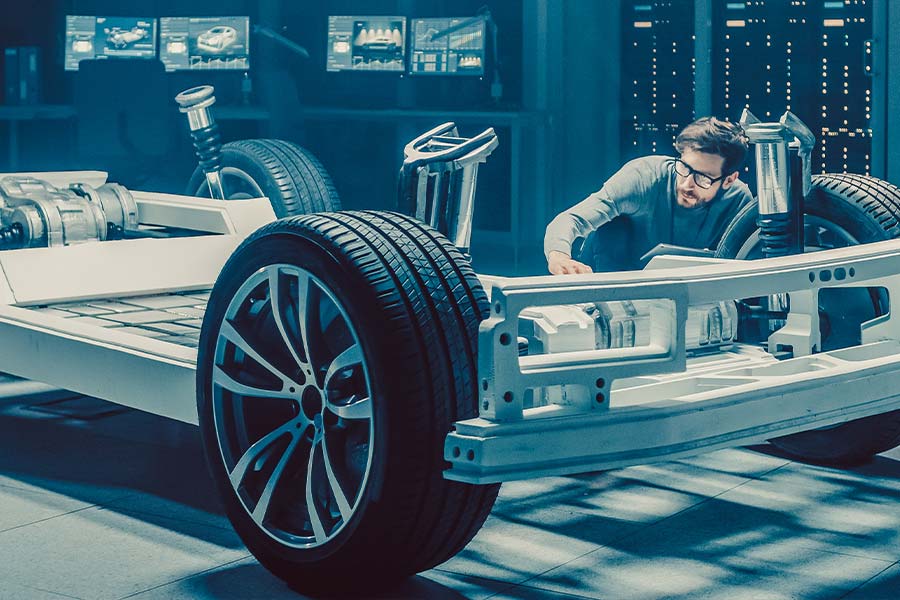 Biodegradable, without air and completely networked – that’s the tyres of the future

Admittedly, the headline may seem a little unrealistic - perhaps a bit naive. But if ideas from the big tyre manufacturers become reality, that's exactly what will happen. We took a look at the ideas and concepts.

Some things are difficult to imagine. Mallorca without the party mile, summer without ice cream or pineapple on pizza. The plans that Michelin, among others, has in the pipeline fall into the same category. After all, the "Uptis" (Unique Puncture-proof Tyre system) tyre does not need air.

How does the tyre work without air pressure? This is primarily due to the fact that it is no longer just one tyre, but actually a very lightweight combination of tyre and wheel. Here, the running surface of the tyre is carried by a structure made of different materials that sits on the aluminium rim. This structure consists of flexible plastic spokes that are directly connected to the profiled running surface. The resilient spokes made of polyester resin and fibreglass are not only intended to ensure the load capacity, but also have a vibration-damping effect. Science fiction? Not at all: According to Michelin, a series launch should be possible as early as 2024.

In other concepts, the tyres are fitted with sensors that detect many different parameters. In systems of this type, sensors permanently measure the tread depth, pressure and temperature and can even provide an early warning of damage to tyres. Other systems record the road condition and draw attention to hazards such as the danger of aquaplaning. Not only for the driver, but also subsequent road users. This is made possible by the so-called V2X or Car-to-Car communication, where various vehicles can communicate with one another or with the transport infrastructure.

Goodyear has developed a concept where the tyre of the future will renew itself. This is made possible by a biodegradable running surface mixture. It consists of small capsules filled with a special liquid rubber compound that can be refilled. Replacing the capsules can renew the running surface time and again.

Anyone who has an appetite for even more science fiction will probably appreciate the Goodyear Eagle 360. The tyre has a bionic outer skin, which is based on the human skin with a built-in sensor network. If the outer skin of the tyre is damaged, the sensors localise the exact location of the damage, the skin forms new molecular connections at this point to repair the damage.

These concept tyres also collect information on road conditions and weather conditions. The flow of traffic or vehicle status is also monitored in real time. The tyre can also receive data from other vehicles.