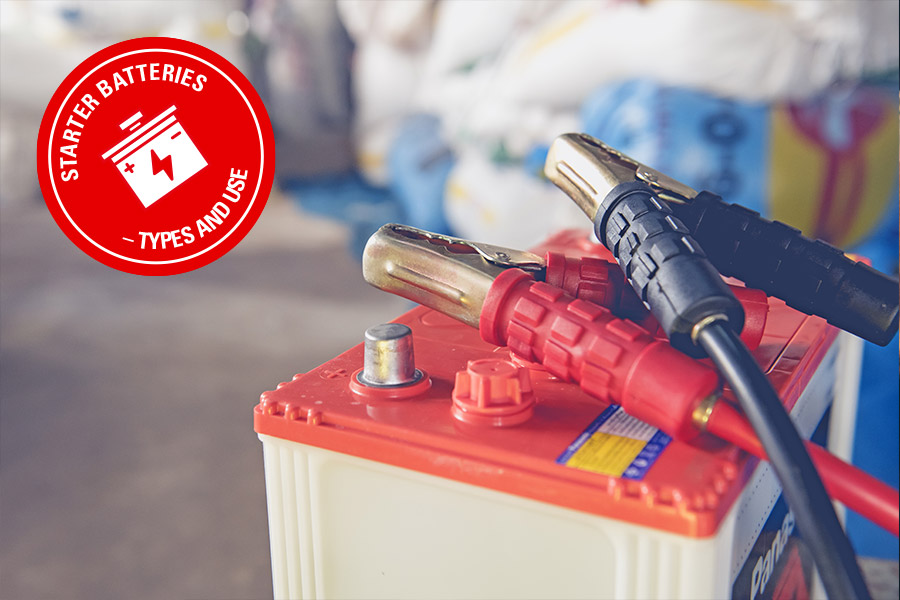 Today, over 90 percent of all new vehicles are equipped with a start-stop system to save fuel. To meet the increased loads, battery manufacturers reacted with modern technology and special starter batteries.

Every engine starting process requires a high amount of energy for the car battery. The energy required is high, particularly in modern vehicles with automatic start-stop systems, where the engine is switched off and restarted frequently. Not least because electrical consumers such as radio, light or windscreen wipers still need electricity.

The general load also increases due to continuous discharging and charging. Cold weather conditions and short distances place particularly high demands on the battery. This is because the battery charge is reduced in winter. If the vehicle also travels mainly short distances, where the battery cannot be fully recharged, the battery will gradually discharge.

AGM batteries (AGM = Absorbent Glass Mat) are used in particular for vehicles with a start-stop system with high energy requirements and brake energy recovery (recuperation). The AGM battery is characterised by a high cold start current. With an AGM battery, the engine can be switched off several times at short intervals and restarted without any problems occurring when starting up again. With their modern technology, EFB and AGM batteries are clearly superior to conventional batteries: While conventional batteries can deliver between 20,000 and 50,000 starts, an EFB battery can manage up to 270,000 starts and an AGM battery even achieves up to 360,000 starts.

And if an external power source is required, the Flash CS70 battery charger from Herth+Buss is also suitable for start-stop batteries. This is particularly useful for diagnostic work and flash processes, as this prevents damage to the control unit.