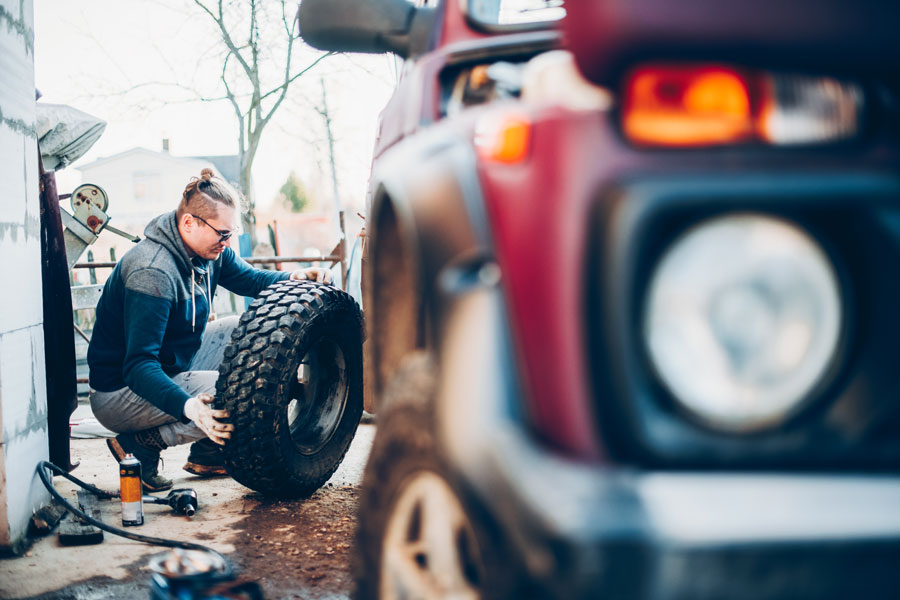 Winter tyres in summer – not a good idea!

Driving with winter tyres in summer? Not a problem, right? After all, rubber is rubber. What sounds logical at first, can quickly prove to be a massive mistake. Winter tyres should not be on the roads in summer - for good reason.

Anyone paying attention will see it time and again: Cars fitted with winter tyres even in summer. This phenomenon can be observed even among frequent drivers. Whether for cost reasons or for convenience: Trusting winter tyres in summer isn't a good idea and can even prove dangerous.

The ADAC has established how dangerous this is as part of an extensive test programme. On dry roads in particular, winter tyres exhibit significant weaknesses when braking at high exterior temperatures. "Depending on the temperature and wear condition, the braking distance of the winter tyres from speed 100 was much longer - in the worst case even 16 metres", the ADAC reports. There's no need to elaborate on what can happen if the braking distance is significantly extended in the event of an accident.

The difference is obviously not quite as great during cornering. But according to ADAC, the performance here also decreases as the exterior temperature increases. The warmer the weather, the lower the grip on corners. This means: Cars with winter tyres will lose their grip quicker than cars with summer tyres.

Warning of holiday journeys in summer with winter tyres

The automobile club warns in particular of travelling on holiday with winter tyres: "Particularly when the car was loaded with a lot of luggage, there was a further deterioration in driving stability. The negative effects were then even felt during small steering movements on long corners and motorway exits."

But why do winter tyres lose performance with increasing temperature? This is particularly due to the much softer rubber compound compared to summer tyres, which ensures that the tyres cope well on ice and snow, as well as generally when the exterior temperatures are cool. The warmer it gets, the softer the tyres become. The profile blocks deteriorate in particular, which results in lower performance and an imprecise driving feeling. Incidentally: The more tread depth there is on the winter tyres, the worse the driving behaviour will be!

While a "situation-based winter tyre obligation" applies in winter, winter tyres can also be used in summer from a purely legal perspective. Drivers who drive with winter tyres in high temperatures are not only risking accidents, but may also face issues with their insurance: This can be classed as gross negligence on the part of the driver and the insurance may refuse to pay out in the event of a accident.

The smart way to save money is to consider all season tyres. For anyone who drives solely in the regions of Germany with low snow levels and doesn't necessarily rely on their own car in winter, all season tyres can pay off.

But this option also has its limits. Ultimately, "all weather tyres" are always just a compromise. The specialists have a clear advantage in extreme weather conditions such as heavy snowfall or heat: Winter tyres in winter, summer tyres in summer.