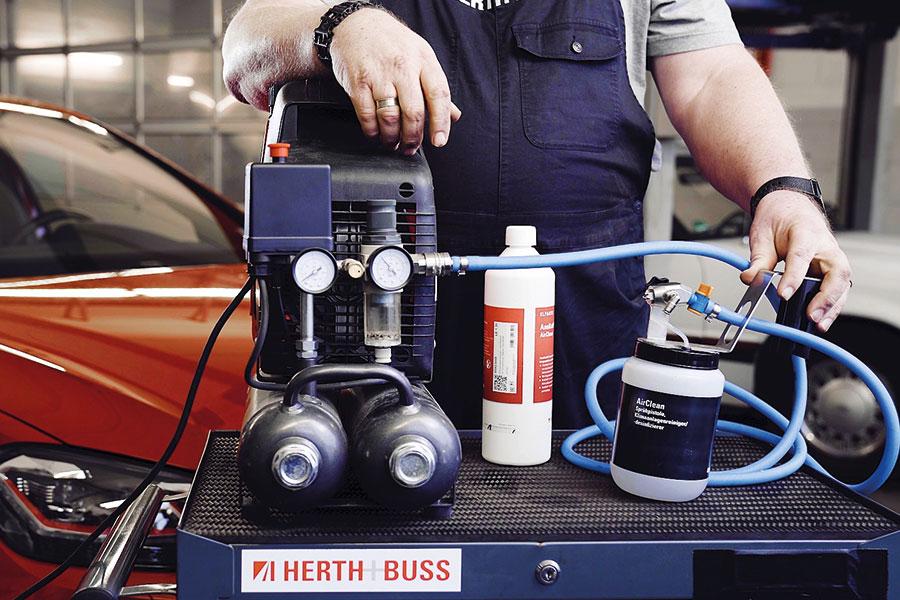 On average, we spend around 2.5 years of our service life in the car. But most people underestimate the dangers associated with viruses, germs and bacteria. In our blog post, we explain how to protect yourself from these invisible dangers!

The number of people suffering from allergies has also more than doubled over the past decade. A third of the population now complains about allergies. Specialists anticipate that every second person will be affected by an allergy in under ten years' time. When you consider how much time we all spend in vehicles, it seems all the more important to take action to eliminate bacteria, germs and viruses in this environment.

While almost every vehicle is equipped with a modern filter system these days, it's still impossible to prevent these bacteria, germs and viruses from multiplying. Cabin filters are required to filter up to 150 litres of incoming air per second. We now have biofunctional filters especially for allergy sufferers! In his blog post, our product manager Malte tells you why biofunctional filters are perfectly suited to allergy sufferers, asthmatics and children.

Disinfection of the A/C system

I had the opportunity to disinfect the A/C system and the interior of a Toyota Verso with our AirClean, as the driver was complaining of burning eyes and coughs while driving. On top of that, there was an unpleasant smell coming from the A/C system, which is a sign of mould in the A/C system. And this is precisely where our AirClean system comes into play! With AirClean, we can remove viruses, bacteria, spores, germs and mould from the A/C system and from the vehicle interior. Disinfection takes place completely without aggressive chemicals and toxic substances and is therefore completely harmless for people, animals and the environment!

In advance, the owner and I subjected the vehicle's interior to a thorough clean. After removing the cabin filter, I closed all of the ventilation flaps in the interior and filled every ventilation duct with mist using the AirClean. After waiting around three minutes, I activated all switch positions on the ventilation one after the other and opened all flaps in the vehicle interior.
Using the AirClean spray pistol, I continued to spray the medium into the filter box. This made me certain that the germs, bacteria and viruses had been eliminated in the area of the evaporator and in the ventilation ducts.

Eliminate germs, viruses and bacteria from the interior

Next, I turned my attention to the vehicle interior. I fed the compressor's air hose through the window (very slightly opened to a gap of approx. 10 mm) and set up the spray bottle between the front seats. I left the vehicle's engine running and switched the ventilation to circulation mode. After a short while, such a curtain of mist had descended in the vehicle interior that you couldn't make anything out any more. After around 5 minutes, I switched the compressor off and opened the doors. Upon doing so, I was greeted by a slight whiff of swimming pool; however, this had completely dissipated after 5 minutes.

It's very difficult to demonstrate dead bacteria to a customer: you can't really say "look, it's lying on its back with its legs in the air"! The advantage of this test was that the driver was a person who was suffering with allergies and that the A/C system had a slight unpleasant odour before the disinfection. After giving her a few tips about dealing with the A/C system, (for example that it should always be left switched on), the vehicle was cleared to be driven again. I also pointed out that she was now sitting in an allergy-free space. She has now been driving without any problems for four weeks and the A/C system no longer smells - so the disinfection of the A/C system and interior with our AirClean has definitely paid off! 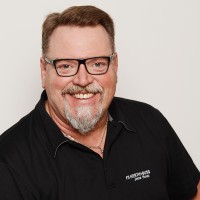 Hi, "I'm Jens from Herth+Buss". I started in Product Management at Herth+Buss 15 years ago, where I was responsible for the Installation and Tools product groups. In this ...