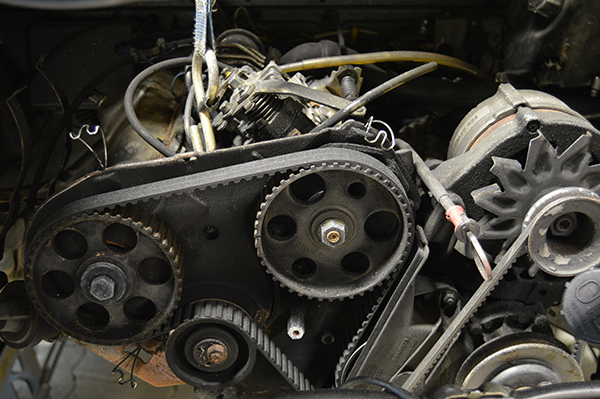 The timing belt – Risks and side effects

Even though a timing belt has teeth, please don’t ask your dentist about risks and side effects. They’ll only have the same things to say about timing belts as many of their fellow laymen: “If the timing belt needs to be replaced, that’ll be expensive!” or “If the timing belt snaps, the engine will be a write-off!” – These are indeed the statements you hear most often from your average Joe when it comes to timing belts. And there’s some truth in them, to be honest! I’d like to use this blog to explain to you what you need to ensure when replacing parts in compliance with manufacturers’ specifications and which indispensable function the timing belt performs in each and every vehicle.

But is the timing belt really just a belt?

Not at all! The timing belt forms one of the most important connections of all: the one between the camshaft and crankshaft. The fact is that the engine wouldn’t run at all without it. Using the timing belt, the crankshaft drives the camshaft, which in turn actuates the inlet and outlet valves. In order to fill and empty the combustion chambers to optimum effect, this needs to occur at a specific point in time and for a very specific duration. In diesel engines, it’s usually the injection pump that puts the most strain on the belt.

This really puts it in a tight spot. It needs to be able to perform it’s task under any circumstances – in extremely hot or cold conditions, whether the engine is idling or at full pelt. Important: with this much stress, the ratio between the two shafts must always stay the same, otherwise the engine won’t run smoothly. In the worst-case scenario, it might even blow. 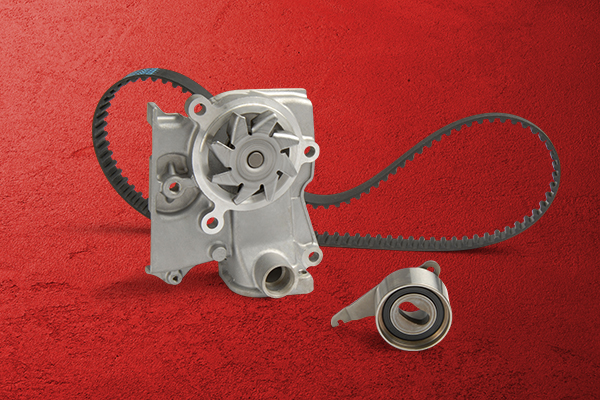 The replacement interval should be strictly adhered to in order to avoid damage. A scrutinising glance under the plastic cover is sometimes not enough on its own as the belt usually doesn’t show signs of its heavy workload, let alone its age. It’s an entirely different story for the V-ribbed belt, however, as this becomes cracked and porous in its old age. The replacement should always be clearly traceable and marked by a sticker and alternatively/additionally noted in the owner’s handbook.

The timing belt has one or two advantages over the timing chain. For one thing, the cost and effort involved in manufacturing it are lower. It runs more quietly and doesn’t require any lubrication, which also means that it doesn’t need a sealed chamber to operate in. Timing chain guides are also unnecessary, as a simple tensioner pulley and one or more deflection pulleys are enough for the belt, depending on the engine’s size and complexity. Meanwhile, the timing belt has been developed further, which facilitates a replacement interval of up to 200,000 km. This fact is particularly appealing to frequent drivers.

The timing chain has its charm, of course. It usually doesn’t have a replacement interval at all, enabling it to last for the entire vehicle lifetime. In this case, it’s very important to change the oil regularly: this will ensure that the timing chain remains a reliable and durable companion.

Repairs can quickly add up if things start to rattle…

So much for the theory, although things often don’t run smoothly in practice. If the timing chain becomes elongated or if rattling noises occur, things will get expensive. That will call for a new timing chain, new timing chain guides, a new timing chain tensioner, new chain sprockets for the crankshaft and the camshaft and – more often than not – a fair amount of labour.
So, you now find yourself faced with a dilemma. Which system should you go for?

When should you change the timing belt? How? How much will it cost?

Let’s get back to our actual topic – engines with timing belts. If the belt is accidentally displaced by one single tooth during replacement, the valve timing will no longer match up. In other words, the inlet and outlet valves will open and close at the wrong time. This is a sure-fire cause of poor engine performance. If the belt is displaced by yet another tooth, that’s often curtains for the engine, which will grind to a stop before the valves bow down in front of the pistons for the grand finale.

It’s a similar story when you try to scrimp on the wrong parts and your lucky streak comes juddering to a halt. Boom, the valves are bent, and the piston is knackered, which means that the engine itself is damaged. This can happen quicker than you may think! So, is it really worth putting off replacing the timing belt? Not in my opinion. 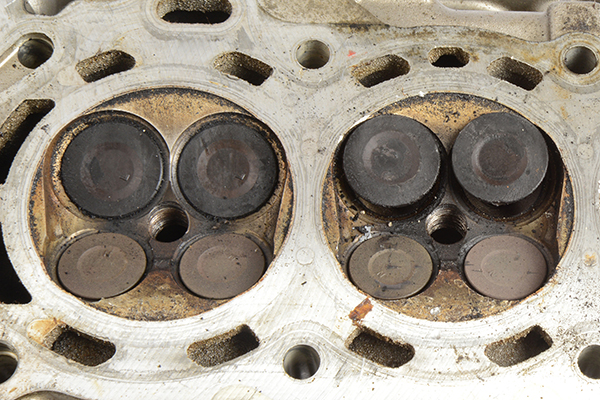 If the valve timing is out of kilter because of an incorrectly installed timing belt, the pistons may bend the inlet and outlet valves out of shape.

What exactly do you need to bear in mind when replacing the timing belt?

There may be a few things to bear in mind when removing the timing belt, depending on the vehicle manufacturer in question.
Retaining tools are partly used to protect the cam gear, crankshaft gear and potentially also the injection pump against torsion. Others just use simple markings on the cam and crankshaft gears. In addition, the timing belt should always be correctly tensioned: not too slack and not too tight. If the timing belt is insufficiently tense, there is a danger that it will ping off. If it is too tight, all of the bearings will be stressed, which is definitely also a bad thing.

You’ll notice this thanks to the loud running noise. In the worst-case scenario, the belt can even snap. There are various specifications and special tools for achieving the correct tension, although they differ between manufacturers. If the water pump is intended to be driven using the timing belt, it’s advisable to replace this at the same time because this involves roughly the same amount of labour for the workshop and the water pump may otherwise start to leak.

As you can see, there are a number of details to pay attention to when replacing the timing belt! Now of course we’re all curious about how a misaligned engine like this sounds. Do the theory and practice add up? – We’ve got our hands on an old banger to simulate an incorrectly adjusted timing belt for you. We displaced the belt by a single tooth in preparation. Please don’t try this at home on one of your customers’ vehicles – it’ll cost you! 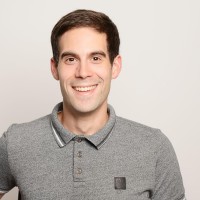 Hello, my name is Christoph Stoffel. Since the beginning of 2017, I’ve been working at Herth+Buss in the Research & Development department. Along with two other colleagu ...