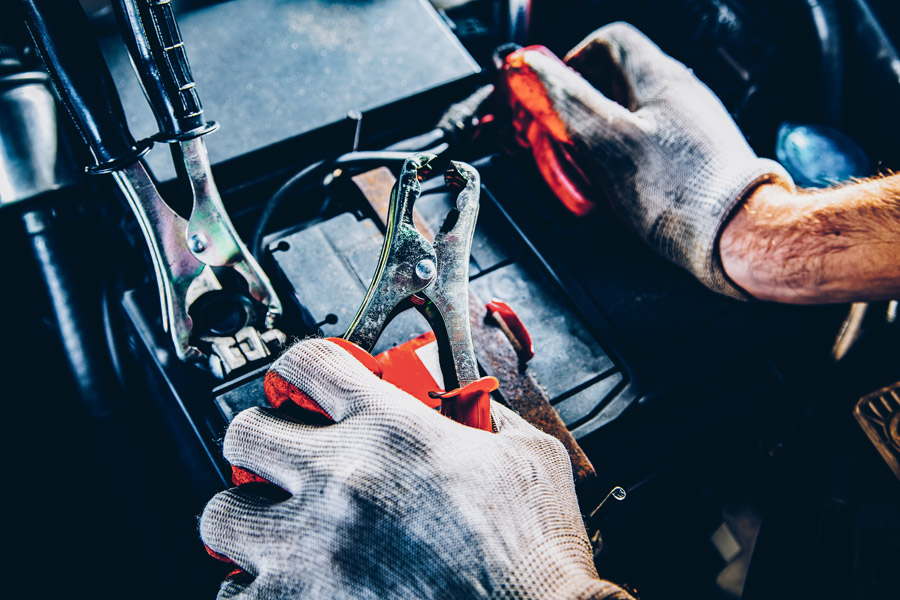 Giving assisted start: The right way to do it!

We will all have been in situations where our car won't start at some point. A discharged battery is often the cause. This happens millions of times every year in Germany. So it's useful to know how to give an assisted start. Read all the important information here: Giving assisted start - the right way to do it!

Fortunately, when the car won't start, it is not a serious problem in most cases. The starter battery is usually the cause of the issues. For years, a discharged or defective battery has been at the top of the ADAC breakdown statistics as the cause of stranded cars. In 2020, the battery was responsible for 46 percent of all 3.386 million ADAC roadside assistance operations. So it's definitely worth having a set of jumper cables to avoid having to call the ADAC to the rescue.

Why does the battery fail so often?

Batteries may last an average of five to six years. However, many cars often stop working before then. This is often due to the high load caused by many electrical consumers. And particularly in winter, low temperatures put immense strain on the battery power: After all, the starter battery is particularly in demand in the winter months when the seat heating is on, the ventilation system needs to distribute the heat from the engine in the interior and heated windows use high levels of power. And: In the event of sub-zero temperatures, the battery charges less efficiently.

But high temperatures also drastically shorten the service life of a battery. Regular battery checks in the automotive workshop and timely replacement help to prevent breakdowns.

How long do I have to drive until the battery is sufficiently charged?

There is no answer to this question or a clear rule of thumb. Many sources on the Internet state that the car should be driven 30 to 60 minutes or 50 to 100 kilometres. However, under "good conditions" a distance of around 30 kilometres is often enough to charge the car battery sufficiently. The ADAC, on the other hand, makes no specific recommendations for the duration and the distance to be covered.

An alternative to assisted start using bypassing via a donor vehicle is the use of start aid devices or power banks. The latter are nothing other than external batteries to lend some power to the car's starter battery. Thanks to their compact design and because they do not require a donor vehicle to charge the car battery, they are ideally suited as power dispensers for on the road. The problem: The power banks also suffer from cold like all batteries and should not be stored in the car because they can also discharge.

In general, when selecting the right power bank: The capacity and current level should be greater the larger the engine is. Otherwise, they can be used to provide a similar assisted start to the conventional method with bridging: