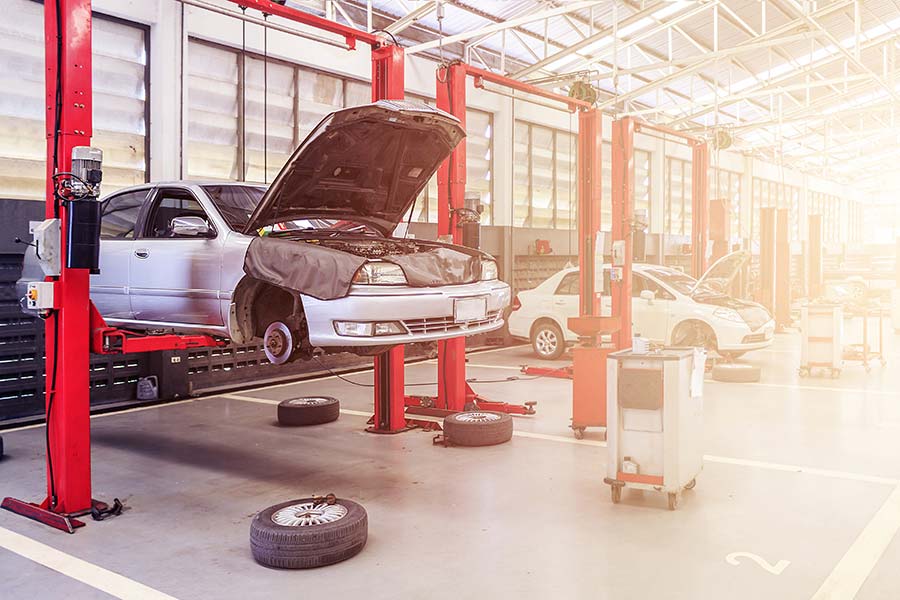 Is the workshop sector coming through the Corona crisis unscathed?

For once, the experts are in agreement. According to unanimous opinion, the coronavirus crisis is the greatest challenge since World War II. Now that the spread of COVID-19 has largely been halted in Europe, the focus has shifted to the economic impact. And this is devastating. But the independent aftermarket seems to have got off lightly.

It is true that most independent workshops have suffered slumps in orders and sales that have been severe in some cases. But while car dealerships throughout Germany were forced to close, most workshops have able to keep their businesses running.

In March, a total of around 70 percent of car dealerships and automotive companies had taken advantage of short-time working grants – but for many independent workshops this was only a snapshot. This was the case for Martin Kolmer, for example, who runs a master workshop with a total of eleven employees. “We had registered for short-time working from 23 March to 4 April. However, the workload was so high that we’ve been working full-time again since 6 April,” reports the member of the Herth+Buss Workshop Advisory Board.

Many owners are successfully manoeuvring their businesses through the crisis with consistent hygiene concepts, creative measures such as pick-up and delivery services, and active customer communication. Based on current figures, management consultancy firm “Wolk After Sales Experts” has calculated that orders for April 2020 increased by 24 per cent compared with March 2020. Even in March, the figures did not fall below the level of 2018, “while the 2019 spring peaks started earlier due to the warm weather,” explains a representative of the firm.

The looming slowdown in new car business is being observed with concern by car manufacturers and dealerships. However, from an economic perspective it should have positive effects for independent workshops. “The existing vehicle stock will (…) have to last longer in many places,” says Frank Schöller, Managing Director of Stahlgruber, in an interview with the trade magazine Krafthand. “We also suspect that the average age of vehicles in Germany and Europe is rising.”

Conversely, fewer new cars and more older cars naturally mean more orders for the repair industry. And at least for the independent workshops in Germany, these are certainly not the worst prospects. The independent aftermarket, it appears, may have come through the crisis relatively unscathed.