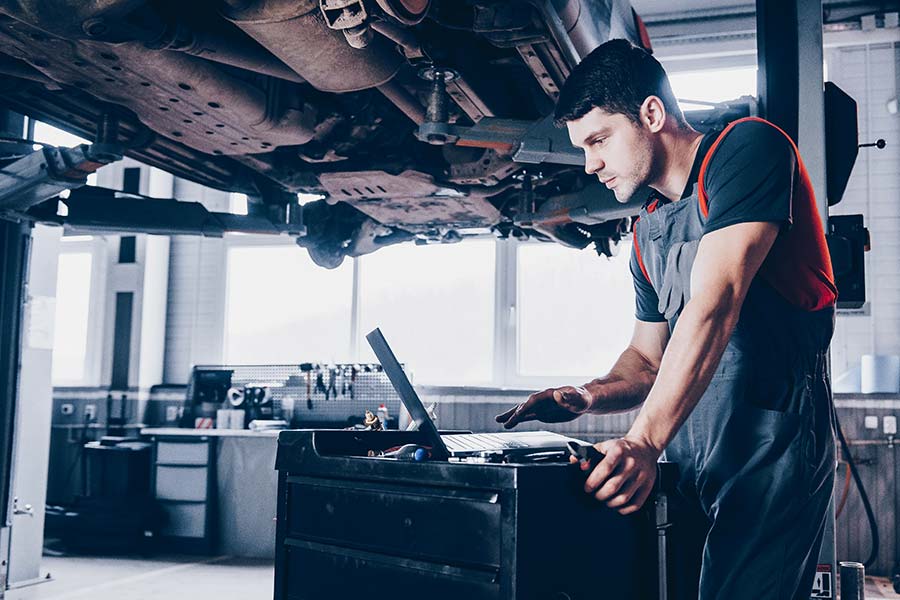 What electric mobility means for employee numbers in the automotive industry:
Electric mobility seems unstoppable in Germany. In 2020, almost 200,000 pure electric cars were registered. This means that registration figures have tripled - thanks to the electric car bonus. Will the hype around electric vehicles kill off jobs?

The familiar problem: BEVs (battery electric vehicles) have a relatively simple drive train and correspondingly low value creation. And of course that has an impact on the work of automotive manufacturers, automotive suppliers - and ultimately also on vehicle workshops. After all, all combustion components and the mechanical drive train are no longer required, meaning that electric cars are less maintenance-intensive than cars with a conventional combustion engine.

The fact that electromobility costs jobs therefore seems like a logical conclusion. But to what extent? Even relatively recently, each study seemed to paint a bleaker picture than the last. One estimated that around 100,000 jobs are endangered by electromobility in Germany. Another set the number of jobs at risk at 400,000 if e-mobility should continue on its current trend.

A recent study by the 'Boston Consulting Group' (BCG) has now determined that e-mobility doesn't destroy jobs. It just shifts them to other activities. For its study, the BCG assessed each individual step in passenger car production in detail and compared the steps. The result may be surprising: "For the construction of a complete electric vehicle, the workload is almost as high as for a car with a combustion engine", stated author of the study Daniel Küpper to the Handelsblatt publication.

What will change for automotive workshops?

It is highly likely that work volumes will also reduce in workshop business. Compared to conventionally powered cars, a study conducted by the State Agency for Electric Mobility and Fuel Cell Technology and the Baden-Württemberg Ministry for Economic Affairs and Finance predicts a 13.5 percent (petrol) or 12.7 percent (diesel) reduction in work volume for repair and maintenance.

0.15 jobs could be lost per company

The reduced work volume is likely to have an impact on the number of employees in the automotive workshops sooner or later. The authors of the study expect electric cars and hybrids to account for 25 percent of all passenger cars in 2025. In this case, around 1.9 percent of jobs in Germany's after-sales business would be at risk. As a result, 0.15 jobs would be lost in each company. This reduction could take place naturally over the years, of course, due to employees leaving the companies - for example due to retirement.

For automotive companies who view the issue of electric mobility as an opportunity, the effects are therefore likely to be considerably less dramatic than predicted.